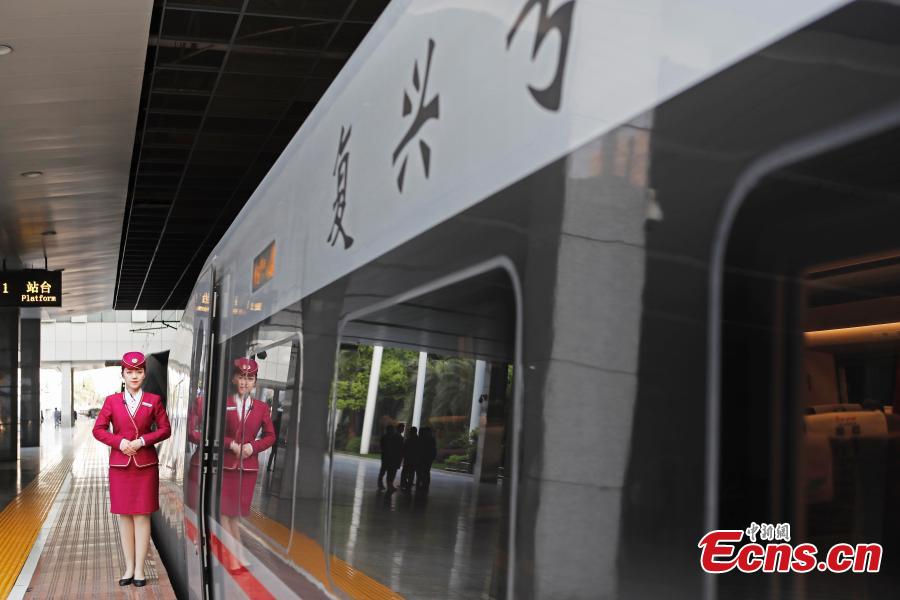 A Fuxing bullet train prepares to leave the railway station in Shanghai, April 10, 2018, on its way to Beijing. The maximum speed of bullet trains on the Beijing-Shanghai High-Speed Railway is 350 kilometers per hour, the world's fastest train service. China launched a new train schedule starting on Tuesday. The number of Fuxing trains from Shanghai to Beijing increasing from seven to 10, with the fastest taking only 4 hours and 18 minutes. The Fuxing trains are a substantial upgrade on the previous bullet trains, known as Hexie, or Harmony. Entirely designed and manufactured in China, the Fuxing is more spacious and energy-efficient, with a longer service life and better reliability. (Photo: China News Service/Yin Liqin)