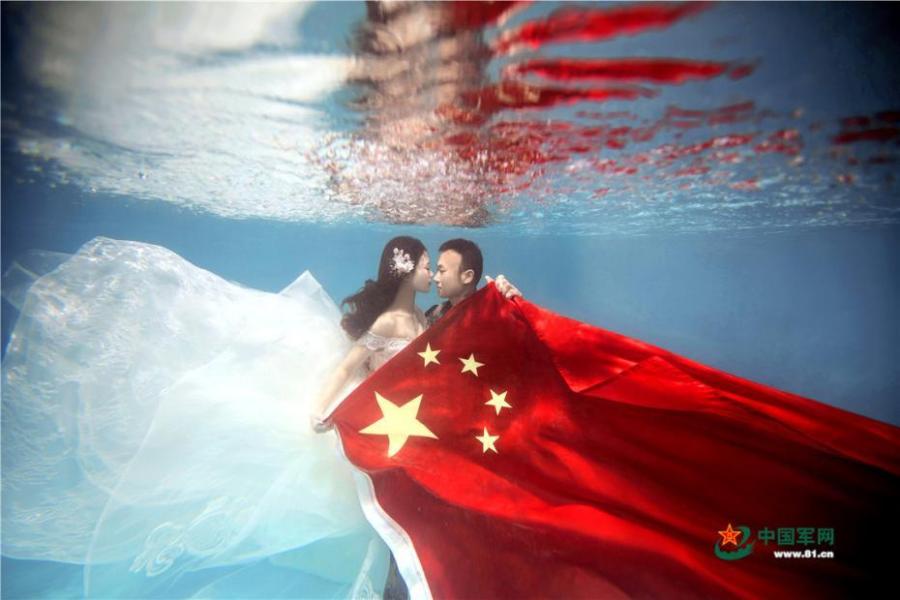 Two veterans pledged to shoot an underwater wedding photography session free of charge for a lucky couple, as long as one of the pair is engaged in military service. Days later, they took these photos for Liu Chao, who serves in the PLA Army, and his fiancée Liu Xiaolu. The pair are set to be married in a few months' time. Liu had only one day off duty, so the veterans-turned photographers had to work through the night to ensure the photo shoot ran smoothly. The lovers have been in a relationship for six years, but for much of that time they have been separated due to Liu's military service. (Photo/81.cn)