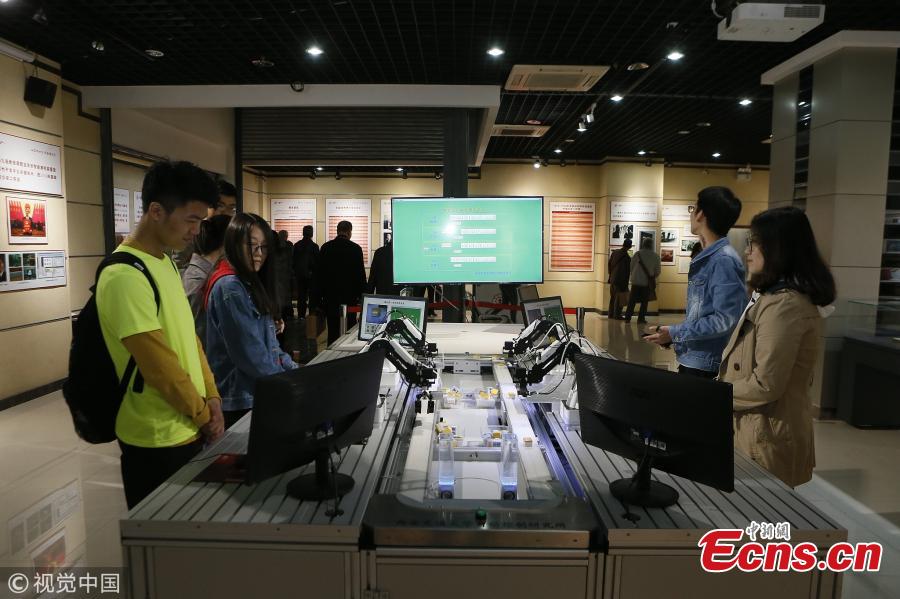 A robot playing the popular Chinese game mahjong at an exhibition to mark the 122nd anniversary of the founding of Xi'an Jiaotong University in Xi'an City, the capital of Northwest China's Shaanxi Province, April 8, 2018. The artificial intelligence system is built with the use of imaging processes, pattern identification and machine learning. The exhibition showcases science and technology research achievements at the university, including the robot that can also play Chinese chess. (Photo/VCG)