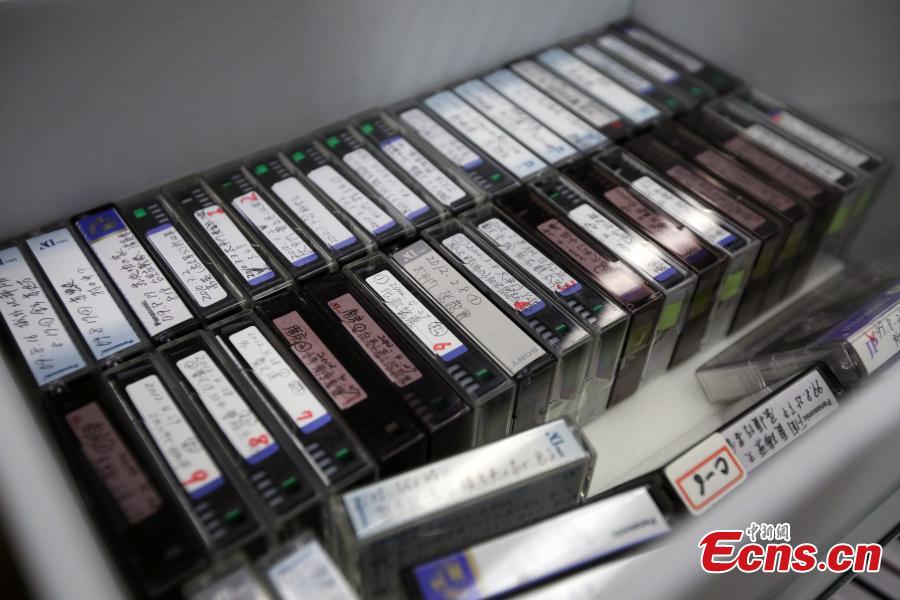 Tamaki Matsuoka, a former primary school teacher in Japan, donates materials she collected while interviewing survivors and victimizers in the 1937 Nanjing Massacre to the Memorial Hall of the Victims in Nanjing Massacre by Japanese Invaders, in Nanjing, Jiangsu Province, April 4, 2018. In the 30 years after her visit to Nanjing in 1988, Matsuoka interviewed hundreds of survivors and World War II veterans. Based on their testimonies, Matsuoka wrote books and produced documentaries to convey the historical truth.(Photo: China News Service/Yang Bo)