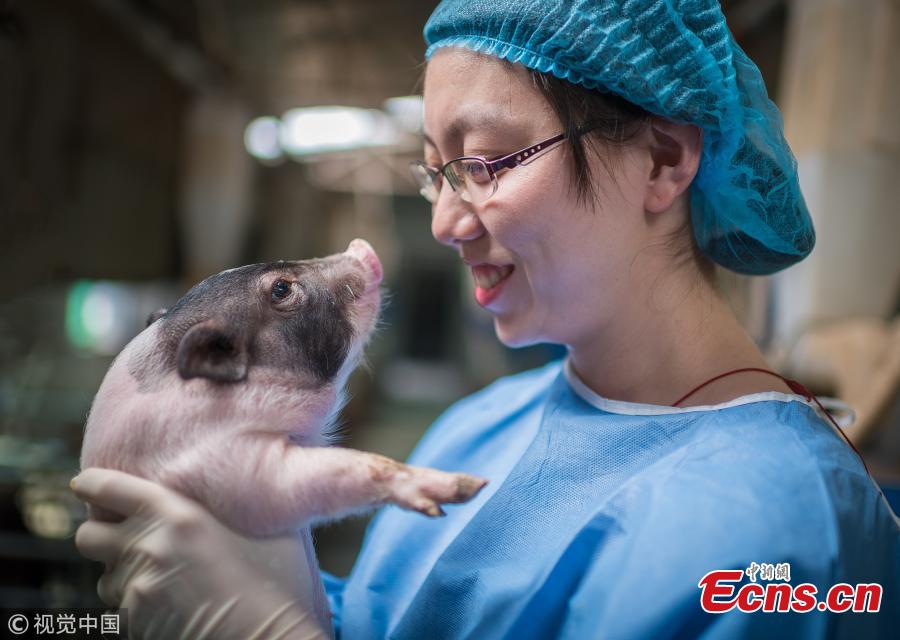 A Chinese team of scientists has established a pig model of Huntington's disease (HD), an inherited neurodegenerative disease, using genetic engineering technology. In a study published in Cell on Thursday, researchers anticipated that the pigs could be a practical way to test treatments for HD, which is caused by a gene encoding a toxic protein that causes brain cells to die. Although genetically modified mice have been used widely to model neurodegenerative diseases, they lack the typical neurodegeneration or overt neuronal loss seen in human brains, according to corresponding author Li Xiaojiang, professor of human genetics in Jinan University and who runs a lab at Emory University School of Medicine. (Photo/VCG)