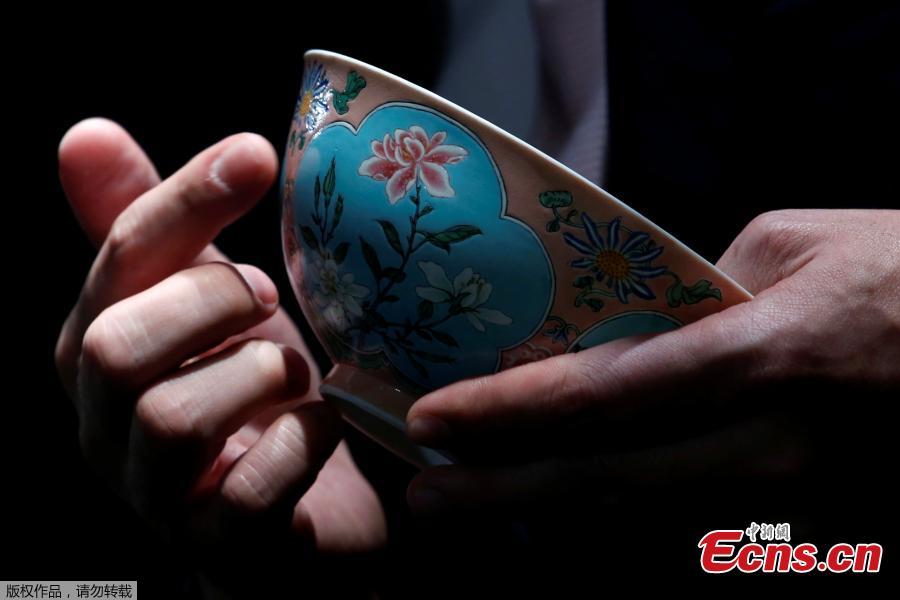 An extremely rare Qing Dynasty (1644-1911) bowl is on display during a press preview of Sotheby's Hong Kong, March 1, 2018. Sotheby's Hong Kong expects the bowl, used by the Kangxi Emperor in the 1720s, to fetch $25.6 million and could even break the record for Chinese ceramics in an upcoming sale on April 3. Measuring 14.7 cm in diameter, the dainty pink bowl is decorated with falangcai (painted enamels combining Chinese and Western techniques) and flowers, including daffodils which are not typically depicted on Chinese porcelain.(Photo/Agencies)