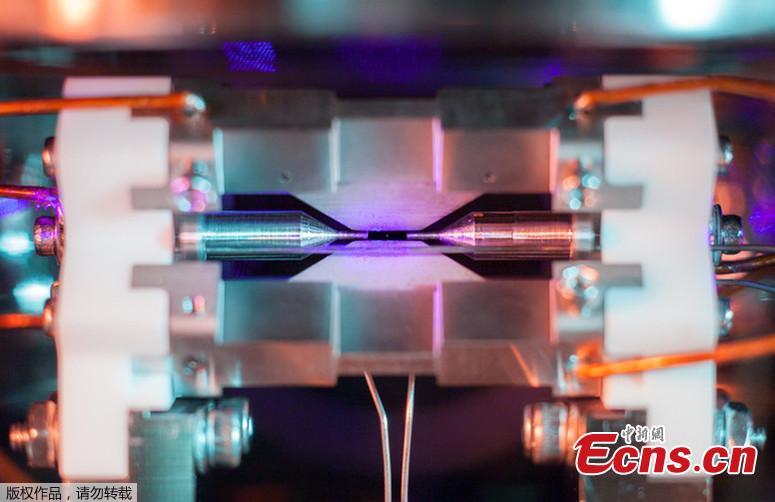 The tiny dot in the center of the screen, between the two metal electrodes, is the light emitted by a single atom. The photo, Single Atom in an Ion Trap, just won the grand prize in the UK's Engineering and Physical Sciences Research Council (EPSRC) science photo and imaging contest. "The idea of being able to see a single atom with the naked eye had struck me as a wonderfully direct and visceral bridge between the miniscule quantum world and our macroscopic reality," said Oxford University quantum physics professor David Nadlinger, who took it. To give an idea as to scale, the gap between the two needlike-like tips is about 2mm, less than a tenth of an inch, so the image is substantially enlarged. Still, it's a scale that we humans can relate to, unlike the nanometer size of the atom itself. (Photo/IC)