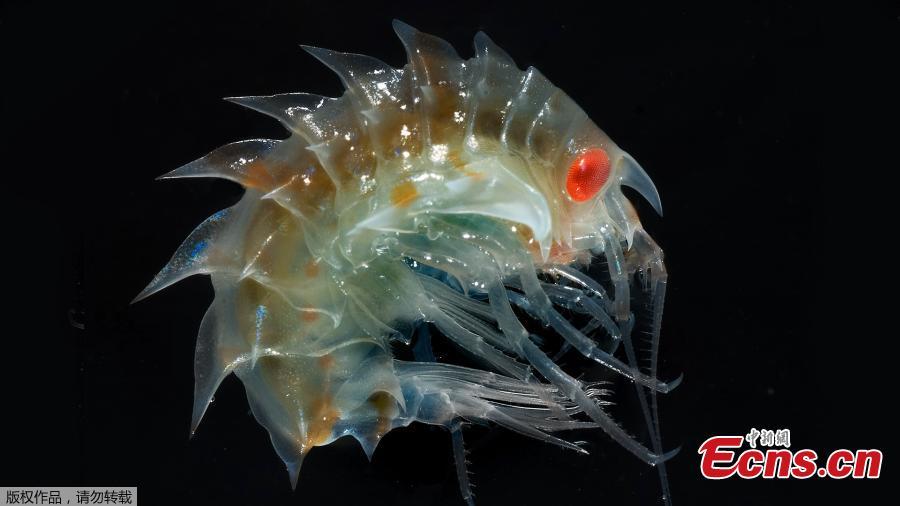 Photo released by the British Antarctic Survey shows a creature collected from the Antarctic shelf. Scientists have recently discovered these oddball creatures that look like insects, trees and feathers. A team of international scientists, led by the British Antarctic Survey, is trying to reach a newly revealed ecosystem that had been hidden for 120,000 years below the Larsen C ice shelf on the Antarctic peninsula. (Photo/Agencies)