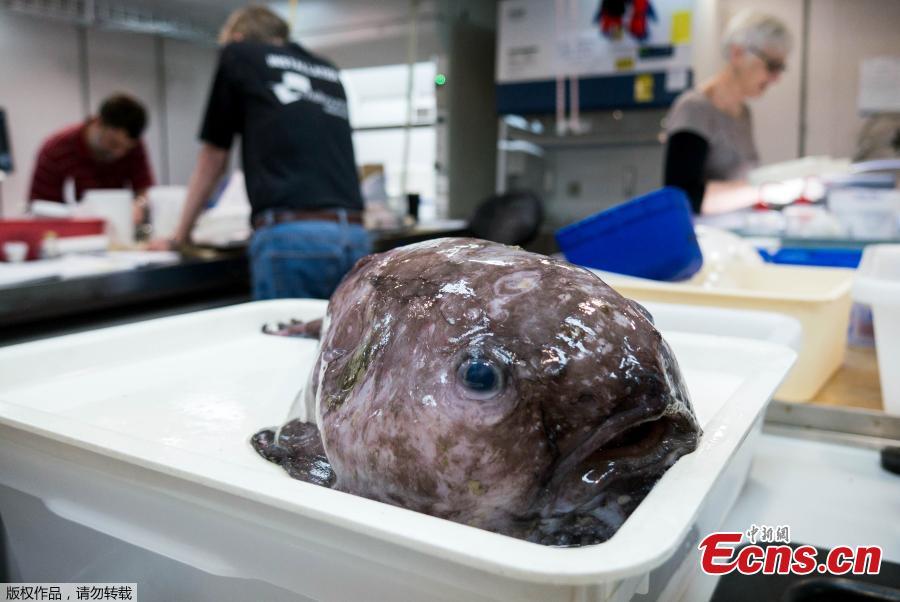 More than 100 rarely seen fish species were hauled up from a deep and cold abyss off Australia during a scientific voyage, including a cousin of the "world's ugliest animal" Mr Blobby. Among the mysterious creatures found were the faceless fish (a deep sea fish with no visible eyes and a mouth on the underside of its head), at least three new Australian records of gelatinous cusk eels, bioluminescent cookiecutter sharks, a haul of frightening lizard fish and a tripod fish which sits on the sea floor on its long fins waiting for food to drift within reach. (Photo/Agencies)