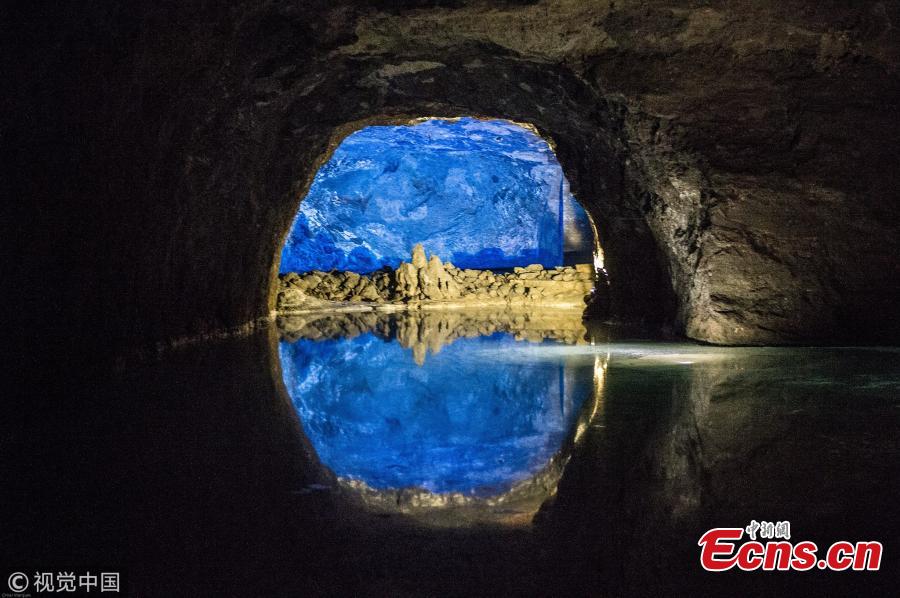 Located beneath a disused gypsum mine in the Austrian town of Hinterbruhl, the Seegrotte is a series of underground canals that make up Europe’s largest subterranean lake and was created by the same flood that shut down the mine. In 1912 a detonation at the gypsum mine near Hinterbruhl went awry, the lower gallery and shafts of the mine became completely flooded, creating the largest subterranean lake in Europe. Roughly 60 meters below ground level, the “Big Lake” has a surface of 6,200 square meters. (Photo/VCG)