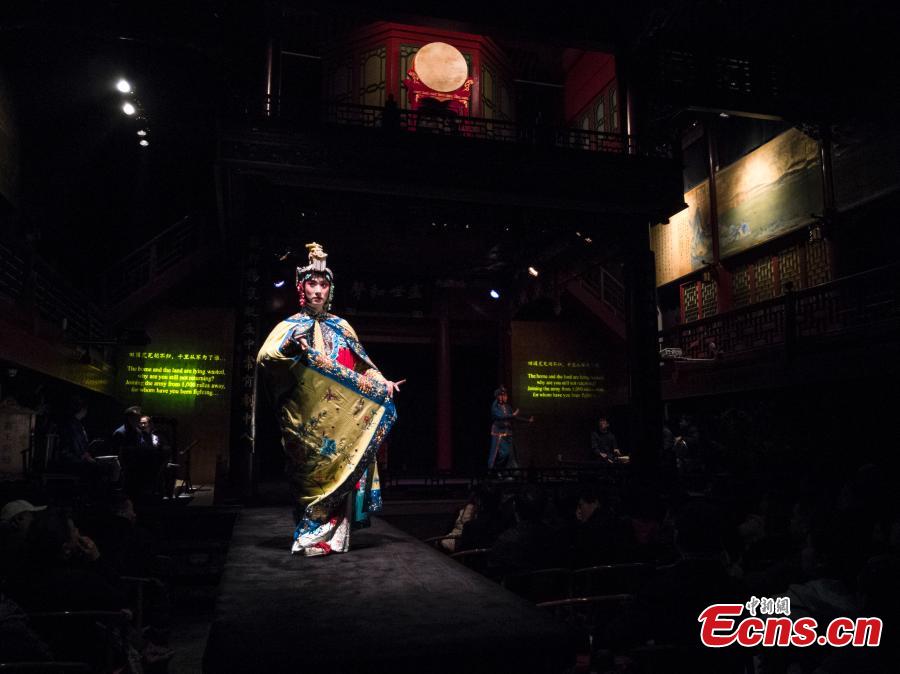 Liu Xinran, 39, plays Consort Yu in the Peking Opera Farewell My Concubine at the Zhengyici Peking Opera Theatre in Beijing. Liu originally worked in Beijing’s weather bureau. As a huge fan of Peking Opera, he won the Gold Prize in the Peking Opera Piaoyou Contest in 2007. Piaoyou, in opera jargon, indicates fans who can sing operas but do not make a living from the art. After performing a solo in a CCTV program to celebrate the Spring Festival in 2008, he became even more popular and began working with famous directors. He quit his job at 31 years of age and has focused on playing the female role Dan in Peking opera. After much effort, he is now the leading Dan and also the art director of the theater. (Photo: China News Service/Liu Guanguan)