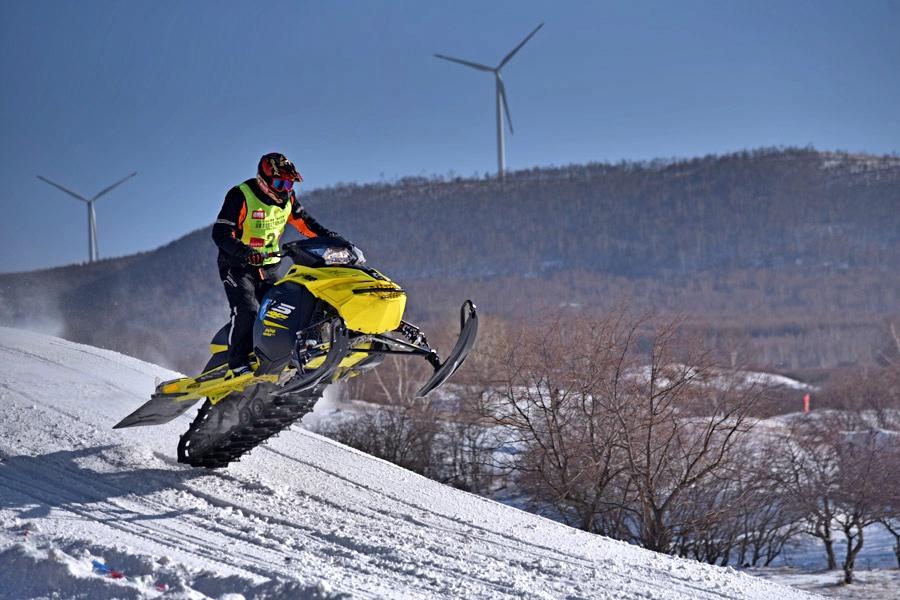 One Chinese snowfield motorbike player quickens his pace in the competition. (Photo by Zhang Xingjian/chinadaily.com.cn)

A total of 40 motorbike players competed for the honor, and this year for the first time the championship included seven female racers.

“Be it in professional skills or practical experience, many top Chinese players have reached the top standard, and I believe some of them may go beyond me in the near future,” added the American coach.