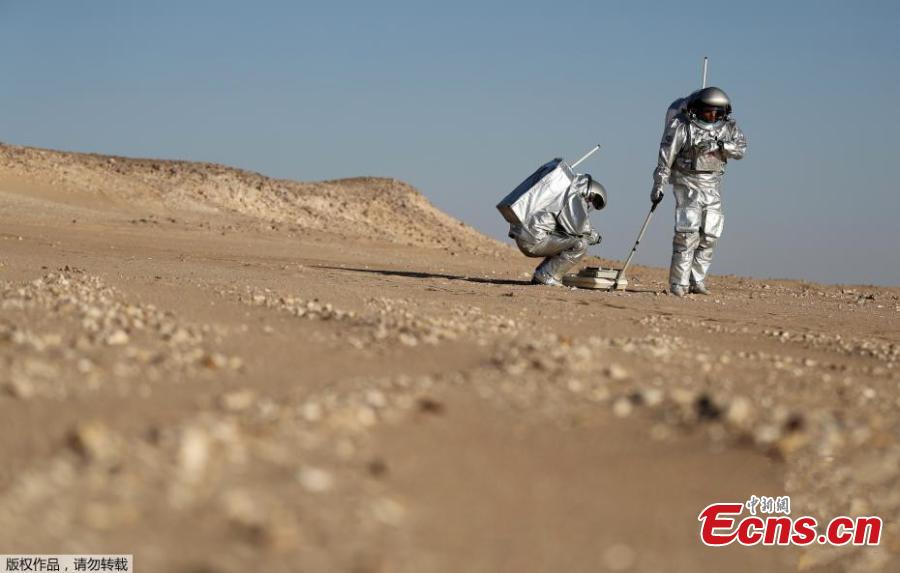 Astronauts are spending a month in isolation on a simulated 'red planet' in the desolate Dhofar desert in Oman to help prepare humanity for a future mission to Mars. Using a drone, robotic rovers and an inflatable greenhouse, the astronauts will carry out 19 experiments on this baron area, picked for its resemblance to Mars. Seen from space, the Dhofar Desert is a flat, brown expanse and few animals or plants survive its temperatures that can top 125 degrees Fahrenheit, or 51 degrees Celsius.

On the eastern edge of a seemingly endless dune is the Oman Mars Base is a giant 2.4-ton inflated habitat surrounded by shipping containers turned into labs and crew quarters. More than 200 scientists from 25 nations have chosen it as their location to field-test technology for a manned mission to the red planet which Nasa hopes to achieve by the 2030s. (Photo/Agencies)