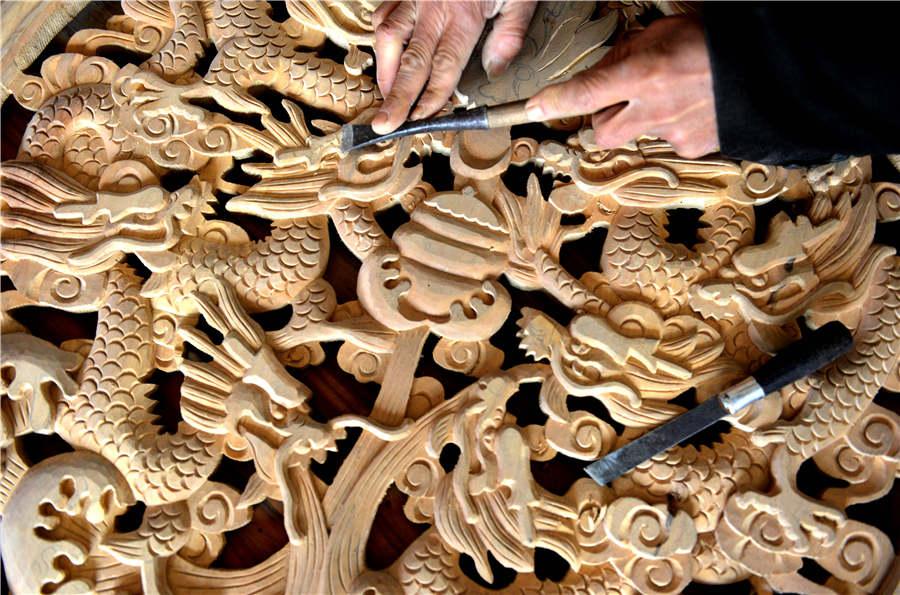 The 57-year-old Wang Sijun from Yangying village, Xiayi county of Henan province, is a representative craftsman skilled at Wang's woodcarving. As a child, he started to learn the woodcarving technique from his father, who is well-known as an outstanding sculptor in Henan now.

Wang's woodcarving originated from Wang Guangtian in the Guangxu period of the Qing Dynasty (1644-1911), and was then passed down in Wang's family. Wang's woodcarving selects fine wood such as sandalwood and rosewood, and uses various carving techniques. The vivid and elegant wood engravings made by Wang Sijun sell well on the market.