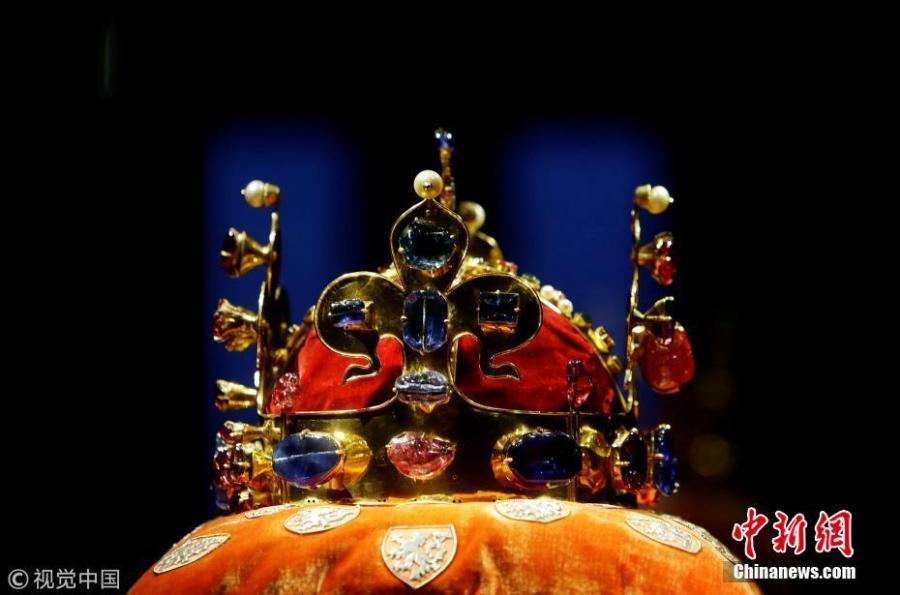 The Bohemian Crown Jewels rest on a cushion after being removed from their case at Prague Castle to be displayed for the public, marking the 100th anniversary of the founding of Czechoslovakia in Prague, Czech Republic, Jan. 15, 2018. The Bohemian Crown Jewels goes on display at the Vladislav Hall of Prague Castle from Jan. 16 to Jan. 23. The jewels were shown to the public nine times in the 20th century and this exhibition is the fifth in the 21st century. The crown jewels, including a crown, orb, and scepter, are kept in a vault in St Vitus’ Cathedral. The chamber has seven locks, and seven significant Czech figures including President Milos Zeman hold the keys. (Photo/Agencies)