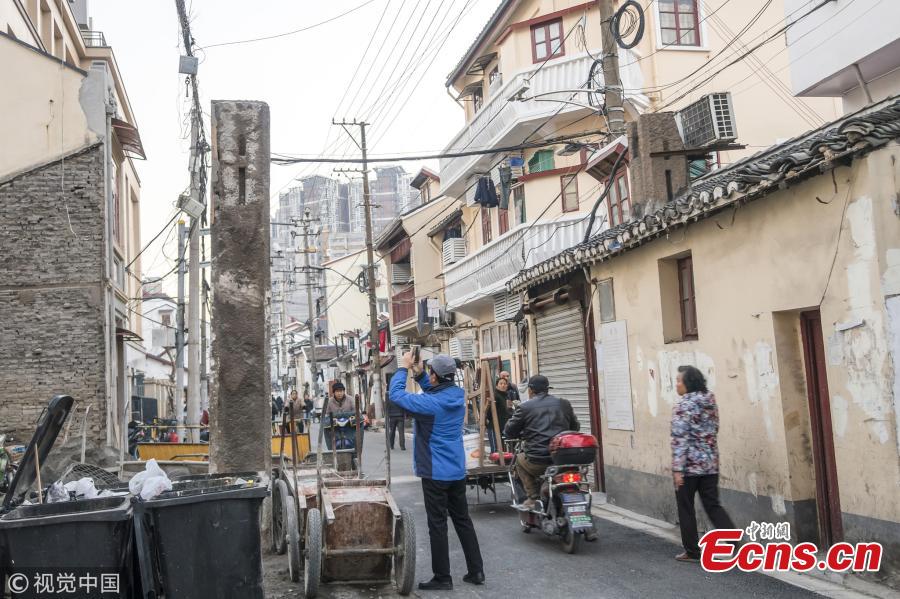 Two historic stone pillars have been discovered in downtown Shanghai, which could be part of a freestanding gateway built some 300 years ago in memory of Xu Guangqi, a Ming Dynasty (1368-1644) scientist and official after whom Xujiahui is named. Cultural heritage authority and scholars have carried out further studies on the 5-meter-tall standing granite pillars that were discovered during an ongoing road expansion project on Guangqi Road S., one of the oldest streets in Shanghai’s Laochengxiang, or Old Town, in Huangpu District. Both pillars have been put under protection since preliminary evaluation found they are supportive pillars of an ancient freestanding gateway, said an official with the district’s heritage protection authority. Details on their age and history are still under investigation, the official added. (Photo/VCG)