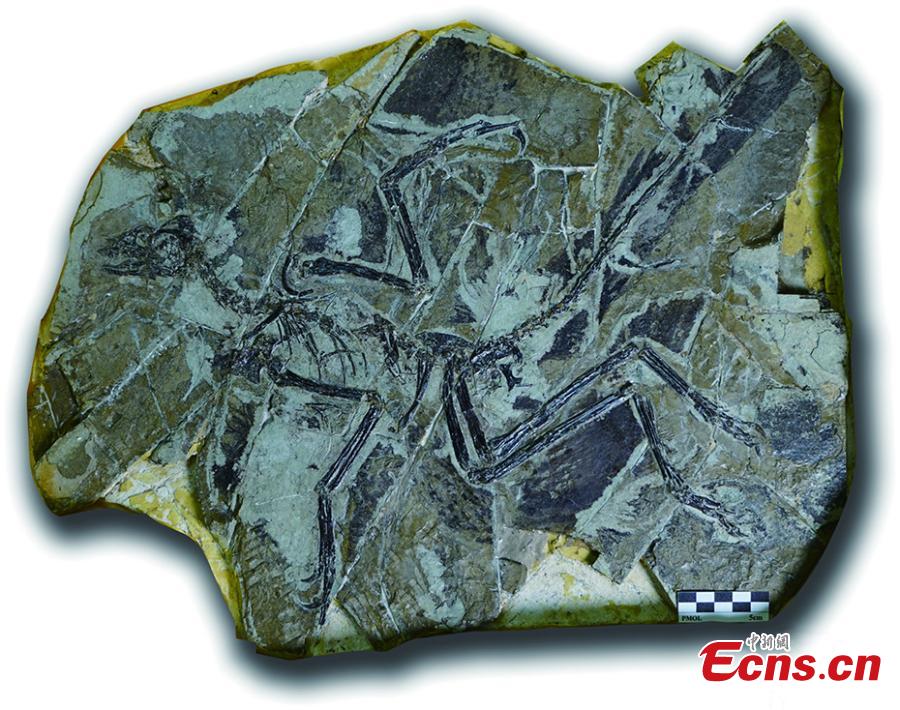 A ceremony to welcome the return of fossils discovered in Liaoning Province from European collectors is held at the Paleontological Museum of Liaoning in Shenyang City, the capital of the province, Jan. 13, 2018. Museum curator Professor Sun Ge said French collectors had freely donated seven dinosaur fossils and one bird fossil originally excavated from the province back to the province. One fossil is that of an Anchiornis huxleyi, the earliest known feathered dinosaur from 160 million years ago. Another is a fossilized 'Dawn bird', an Aurornis xui, which also lived approximately 160 million years ago, 10 million years before Archaeopteryx, which holds the official title of the earliest bird known to science. The fossils serve as important materials to support the hypothesis that birds evolved from theropoda dinosaurs. (Photo: China News Service/Zhu Mingyu)