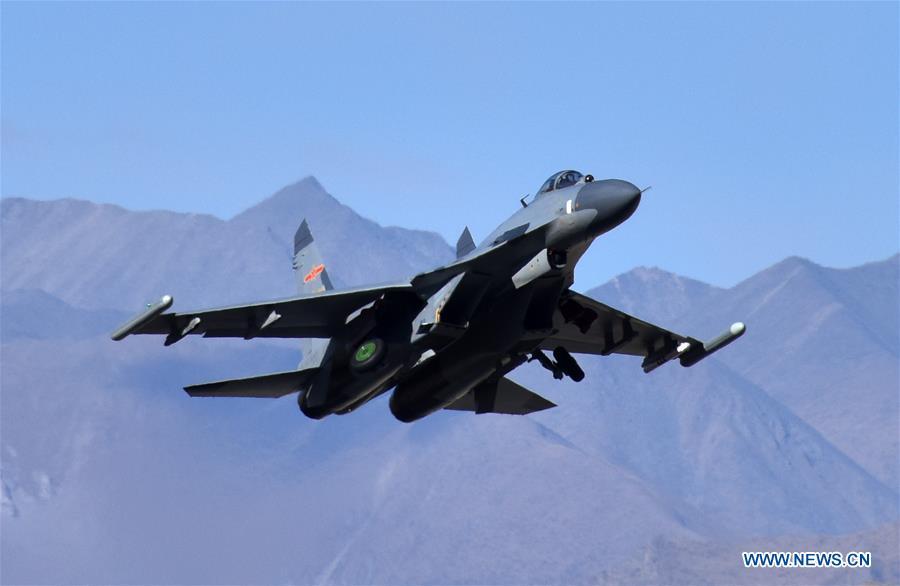 File photo shows an aircraft of Chinese Air Force in a training. Air Force of the People's Liberation Army of China has carried out real combat training, with the involvement of the J-20 stealth fighter and the Y-20 military transport aircraft, according to a military statement. Several new fighter jets including the J-16, J-10C and H-6K bombers were also included in the training. The training is aimed at improving the air force's capability to win battles. (Xinhua/Chen Qingshun)