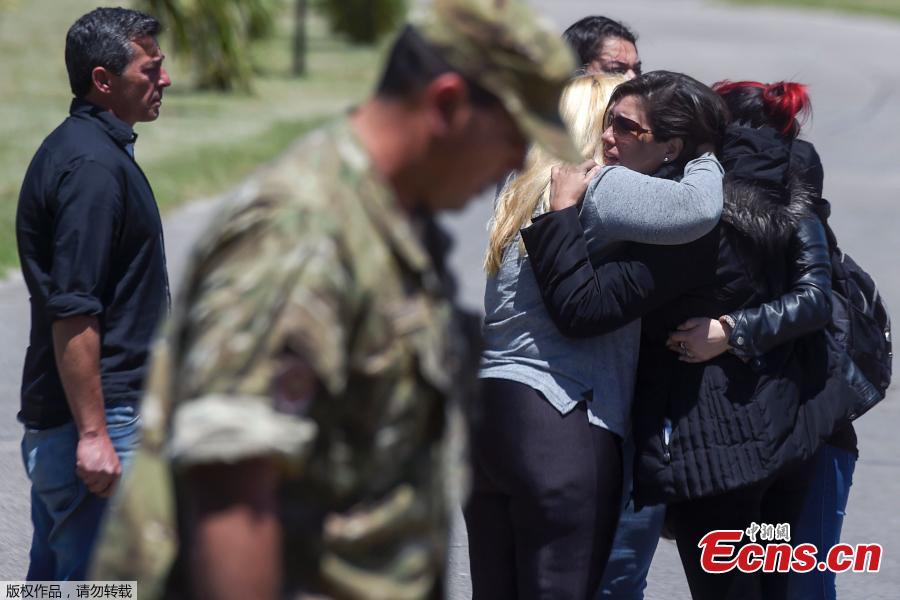 Relatives and comrades of 44 crew members of Argentine missing submarine, express their grief as they arrive at Argentina's Navy base in Mar del Plata, on the Atlantic coast south of Buenos Aires, on November 23, 2017. An unusual noise heard in the ocean near the last known position of the San Juan submarine was "consistent with an explosion," Argentina's navy announced Thursday. "An anomalous, singular, short, violent and non-nuclear event consistent with an explosion," occurred shortly after the last communication of the San Juan and its 44 crew, navy spokesman Captain Enrique Baldi told a news conference in Buenos Aires.(Photo/Agencies)