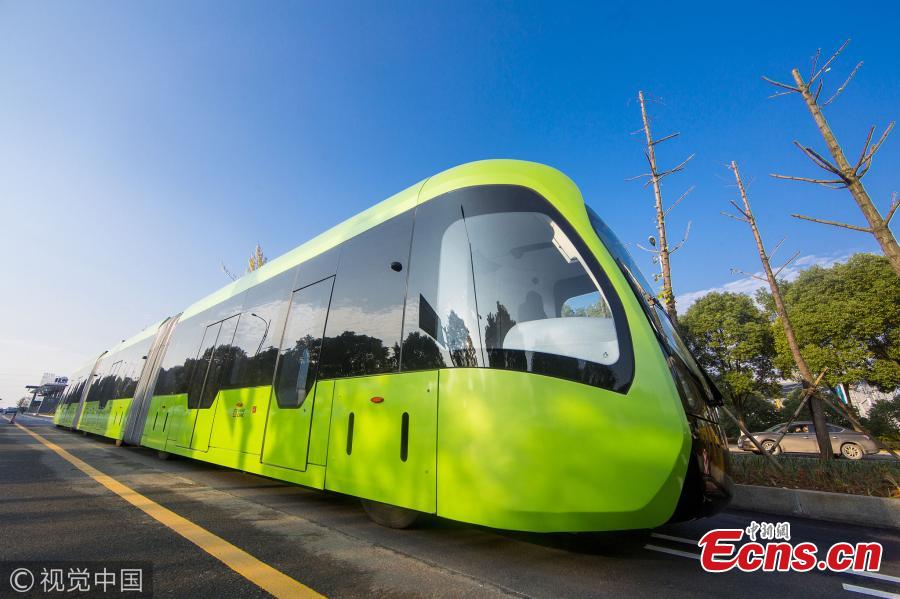 A smart bus is seen during a test run in Zhuzhou, central China's Hunan Province, Oct. 23, 2017. The test run of the ART, Autonomous Rail Rapid Transit, started in Zhuzhou on Monday. The ART is developed by the research arm of CRRC Zhuzhou Locomotive Co., Ltd., which produces key parts for China's high-speed railway. The bus is about 30 meters long and equipped with sensors that can read the dimensions of roads and plan its own route. (Photo/VCG)