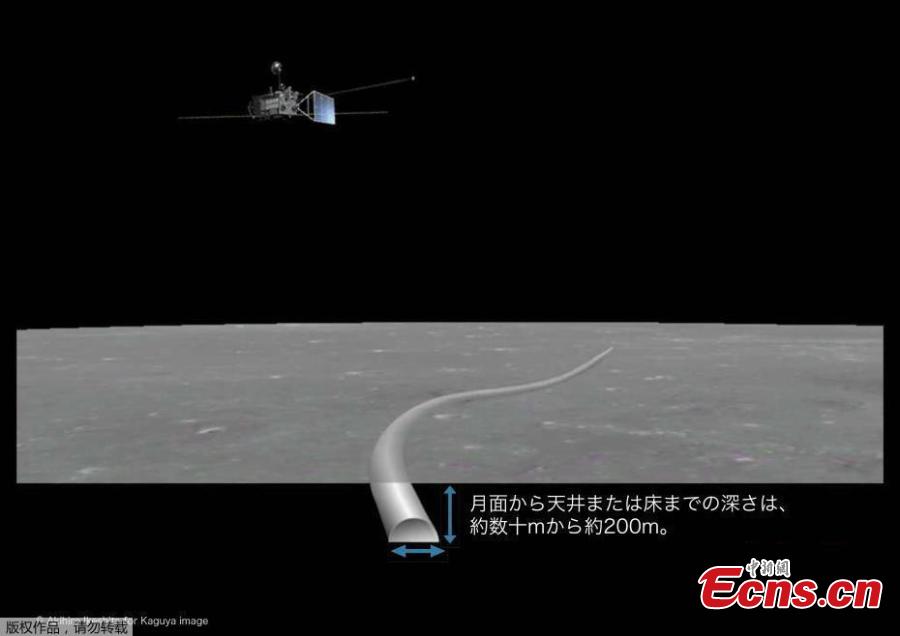 The Japanese space agency JAXA announced on Oct. 18, 2017 that an enormous cavern stretching for about 50 kilometers exists beneath the moon’s surface, offering a possible protected site for future lunar bases. The cavern, found in the Marius Hills area on the near side of the moon, is about 100 meters wide and extends for about 50 km, according to data taken by JAXA’s Selenological and Engineering Explorer (SELENE), also called the Kaguya moon probe. (Photo/Agencies)