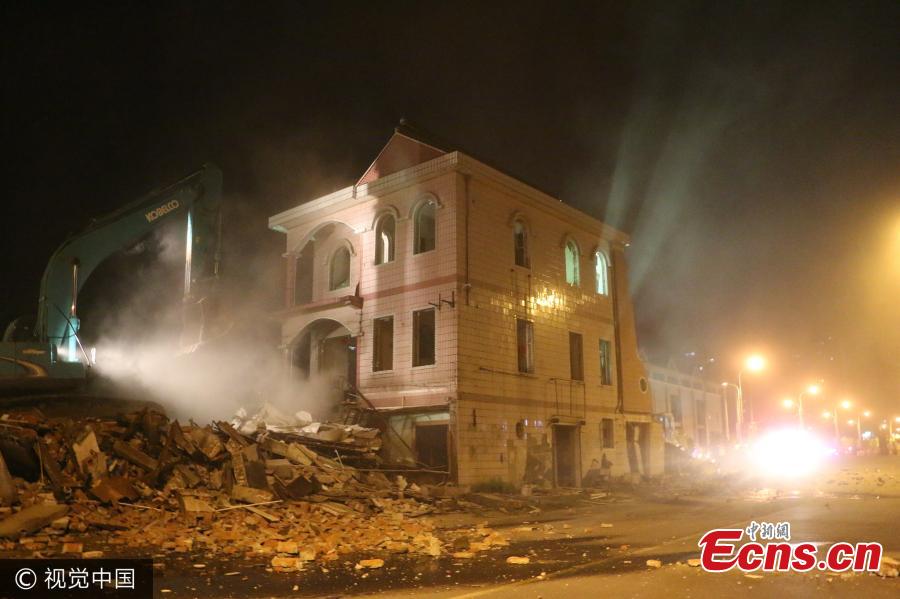 A building that for 14 years has occupied the center of a street is being demolished in Songjiang District, Shanghai, Sept. 17, 2017. In 2003, the owners of the three-story building refused to evacuate due to a disagreement over a compensation policy. While all other neighbors left and their houses were demolished, the lone building was left standing. Local authorities finally persuaded the owners, a family consisting of seven people covering four generations, to leave the house. The family received four new houses and a cash compensation of 2.3 million yuan ($351,000), which was no higher than the payments given to those who relocated 14 years ago, according to the family. (Photo/VCG)