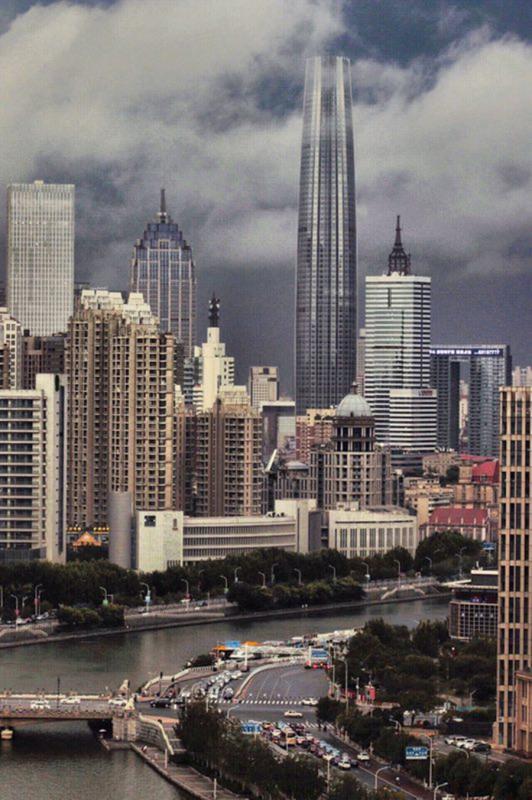 On my most recent visit, a 20th floor hotel room provided not only panoramic views of the city's increasingly futuristic skyline but also looked down on the Haihe at its junction with the Grand Canal - an intersection making Tianjin historically into one of the country's premier ports. Water has always been at the core -maps show how much of the urban and surrounding area remains crisscrossed by a maze of waterways; of how lakes provide beauty to the urban zones and how the river connects with the Bohai Sea. 'Tianjin' literally translates as 'Heavenly Ford' - until 1404 known as Zhiqu ('Straight Port') but renamed by Emperor Yongle after he legendary forded its waters.