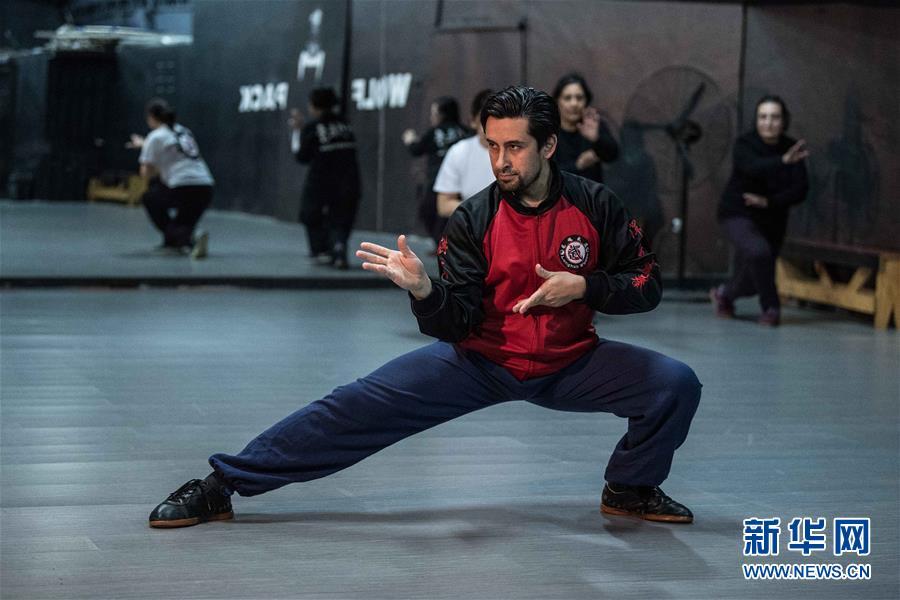 Aznous Boisseranc, 35, showing his Kung Fu form during a class in Santiago, Chile. Boisseranc began studying Chinese martial arts at the age of 14. In 2011, he applied for a Chinese government scholarship to study Chinese and he continued to practice martial arts at Shangdong University. He won as many as 25 martial arts medals in China. After returning to Chile, Boisseranc opened a martial arts studio and began teaching Chinese at the Confucius Institute at the University of Chile. He hopes to create a "miniature of China in Chile." (Photo/Xinhua)