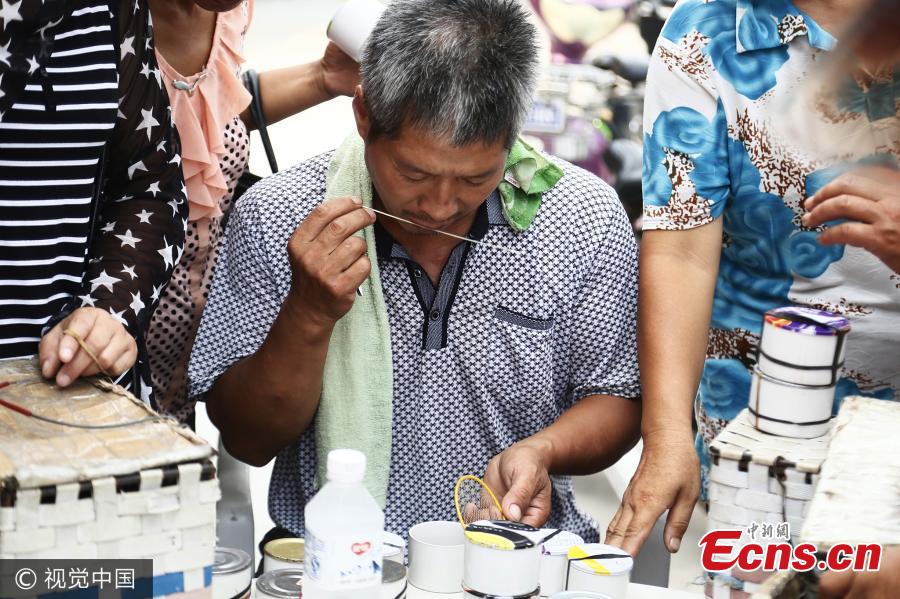 A man looks at a cricket kept in a small box at a cricket market in Sidian Town, Ningyang County, East China’s Shandong Province. The town has been famous as a source of crickets for tens of years and it’s estimated the insect has generated an annual revenue of 100 million yuan ($15 million). A cricket can sell for less than a dollar to tens of thousands of yuan. A farmer in the town’s Caojia Village reportedly sold a cricket for 15,000 yuan, while some speculate the most expensive price tag has been 50,000 yuan. Some farmers work in other cities for better-paying jobs, but they usually come back to their hometowns to search for crickets during the season. Hu Weifeng, the Party chief of Liugouchang Village, says almost all of the 225 families in the village are involved in cricket hunting and the insects bring about 10,000 yuan to each family each year. (Photo/VCG)