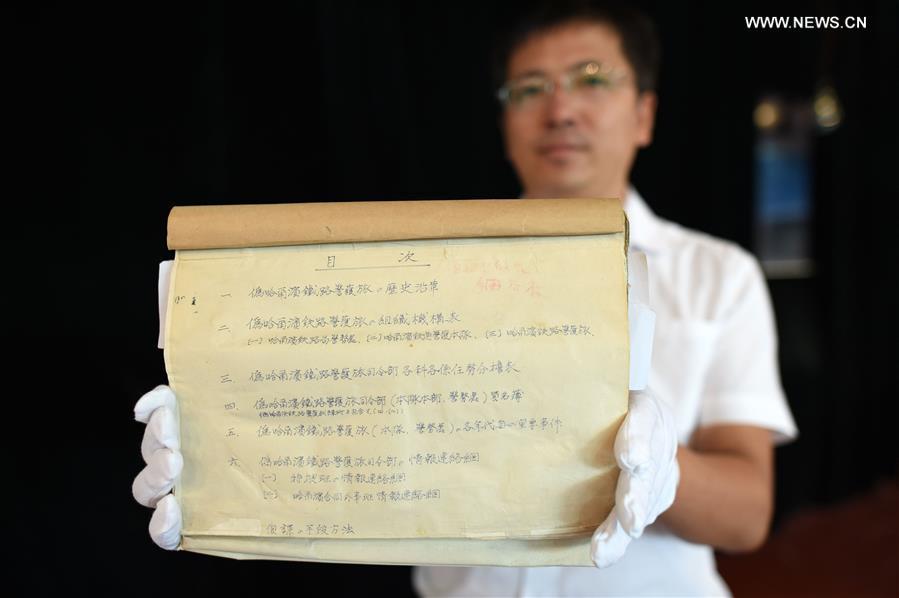 A working staff shows the transportation record of human experiments at the Museum of Evidence of War Crimes by Japanese Army Unit 731 in Harbin, capital of northeast China's Heilongjiang Province, Aug. 16, 2017. New evidence of human experiments and germ war crimes by Japan's notorious Unit 731 were released by the museum Friday, including written confessions of germ war criminals, a transportation record of human experiments, old photos of the unit soldiers and an incubator for producing plague bacillus. Unit 731 was a top-secret biological and chemical warfare research base established in Harbin in 1935 as the nerve center of Japanese biological warfare in China and Southeast Asia during World War II. At least 3,000 people were used for human experimentation by Unit 731 and more than 300,000 people across China were killed by Japan's biological weapons. (Xinhua/Wang Jianwei)