Left-behind kids get a chance to embrace science(1/6) 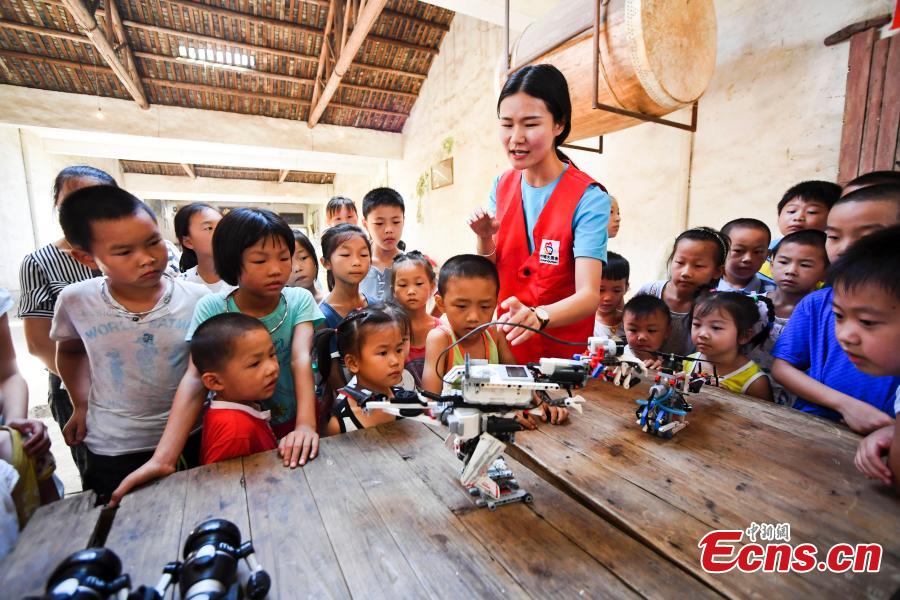 Volunteers play with left-behind children at a village in Xinyu City, East China’s Jiangxi Province, July 19, 2017. Volunteers from the Women's Federation in Xinyu brought voice-controlled robots and other science toys to more than 30 children, and also gave them new stationery school bags. Left-behind children are those in rural areas who live by themselves or with relatives after their parents migrate to work in other cities for better pay. (Photo: China News Service/Zhou Liang)