China sets up base in Djibouti(1/3) 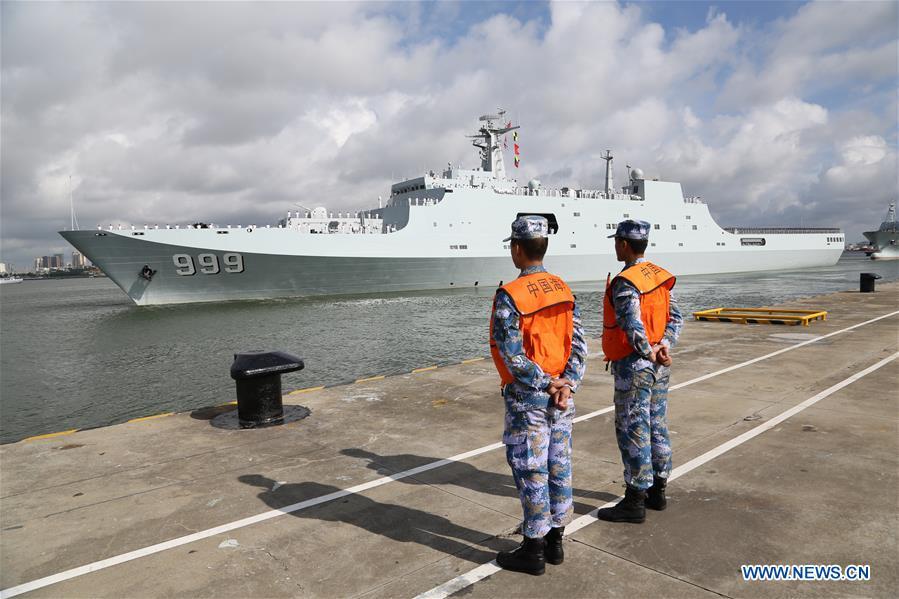 Ships carrying Chinese military personnel depart Zhanjiang, south China's Guangdong Province, July 11, 2017. They are to set up a support base in Djibouti. The establishment of the People's Liberation Army Djibouti base was a decision made by the two countries after friendly negotiations, and accords with the common interest of the people from both sides, according to the PLA navy. (Xinhua/Wu Dengfeng)