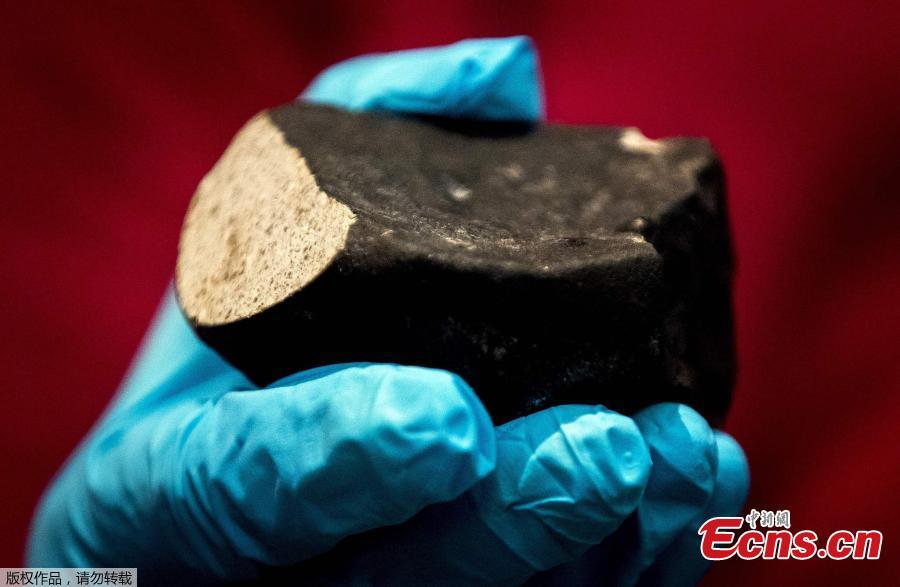 The fist-sized meteorite, weighing about 500 grams, crashed through the roof of a shed in the small town of Broek in Waterland, just north of Amsterdam, the Netherlands. Dutch scientists celebrated the rare discovery of meteorite in the Netherlands, which at 4.5-billion years old may hold clues to the birth of our solar system. This is only the sixth meteorite found in the past 200 years in the Netherlands, and the last such find dates back to 1990, according to geologist Leo Kriegsman from the Naturalis biodiversity center in Leiden. (Photo/Agencies)