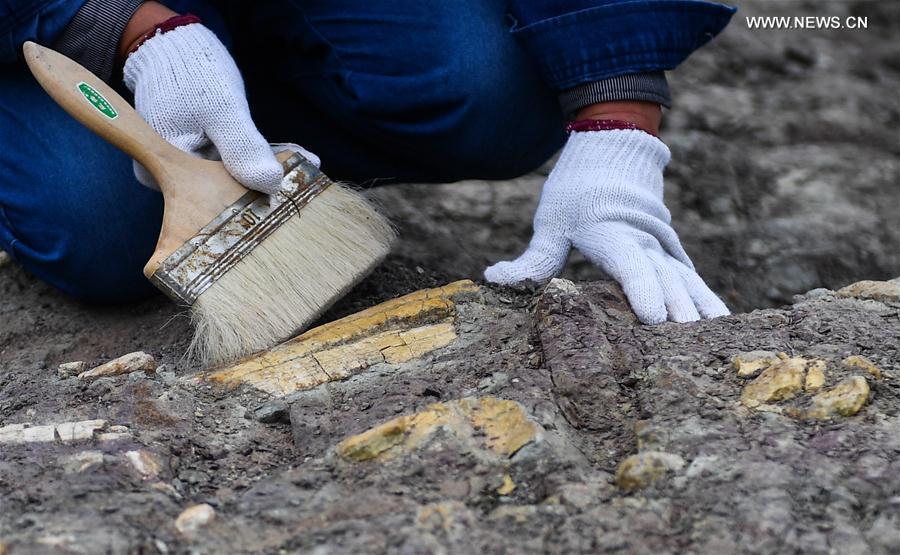 A researcher works at dinosaur fossil excavation site in Yanji, northeast China's Jilin Province, May 26, 2017. The Chinese Academy of Sciences and Yanji paleontologic fossil protection and research center have launched a systematic excavation of dinosaur fossils at a building site in Yanji recently. According to paleontologists, the excavation site matches the typical characteristics of the stratum in early Cretaceous period. The unearthed fossils showed that there were five or six species of dinosaur here. (Xinhua/Xu Chang)