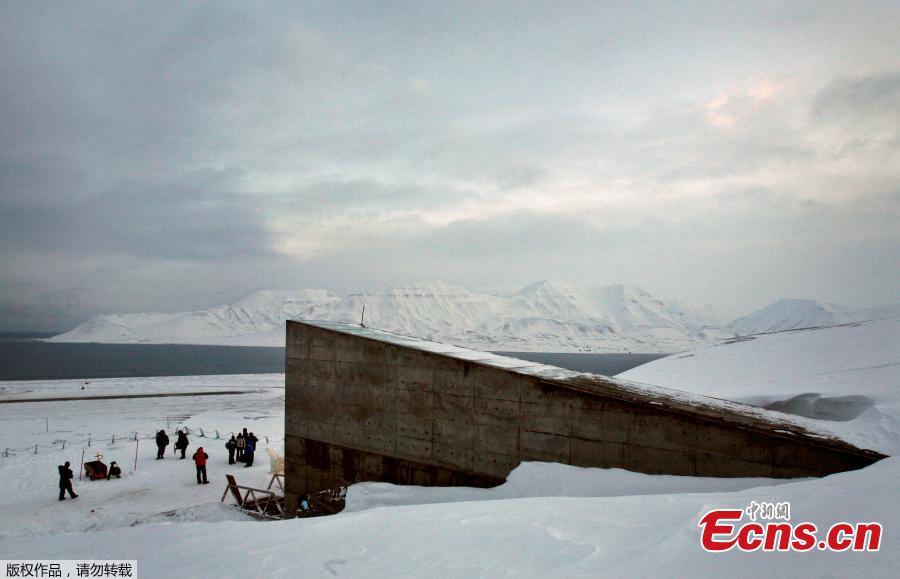 A file photo shows Norway Global Seed Vault. Norway is boosting the flood defenses of its Global Seed Vault on the Arctic archipelago of Svalbard after water entered the entrance tunnel last year. The storage facility, deep inside a mountain, is designed to preserve the world's crops from future disasters. Unseasonably high temperatures last year caused the permafrost to melt, sending water into the access tunnel. No seeds were damaged but the facility is to have new waterproof walls in the tunnel and drainage ditches outside. The vault stores seeds from 5,000 crop species from around the world. Dried and frozen, it is believed they can be preserved for hundreds of years. (Photo/Agencies)