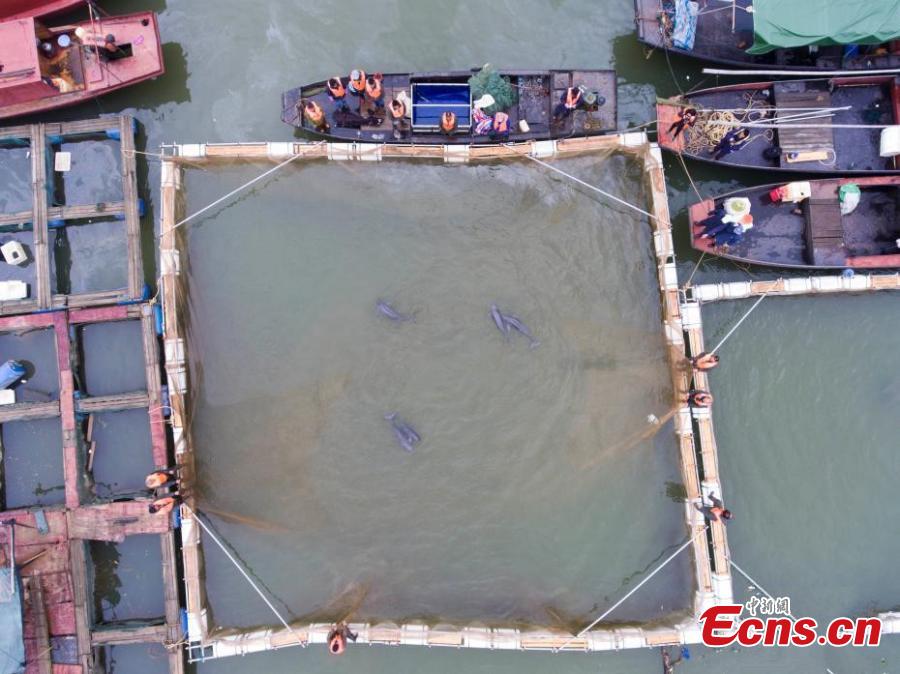 Workers catch finless porpoises, a native of the Yangtze River, to relocate them from Poyang Lake in Duchang County, East China’s Jiangxi Province, March 25, 2017, to a conservation area in Hewangmiao between Hubei and Hunan provinces. More than 450 of the porpoises lives in the freshwater lake, about half of all that remain in the Yangtze River. The relocation of four porpoises on Saturday is part of efforts to protect the critically endangered species and increase the population in Hewangmiao. (Photo: China News Service/Fu Jianbin)