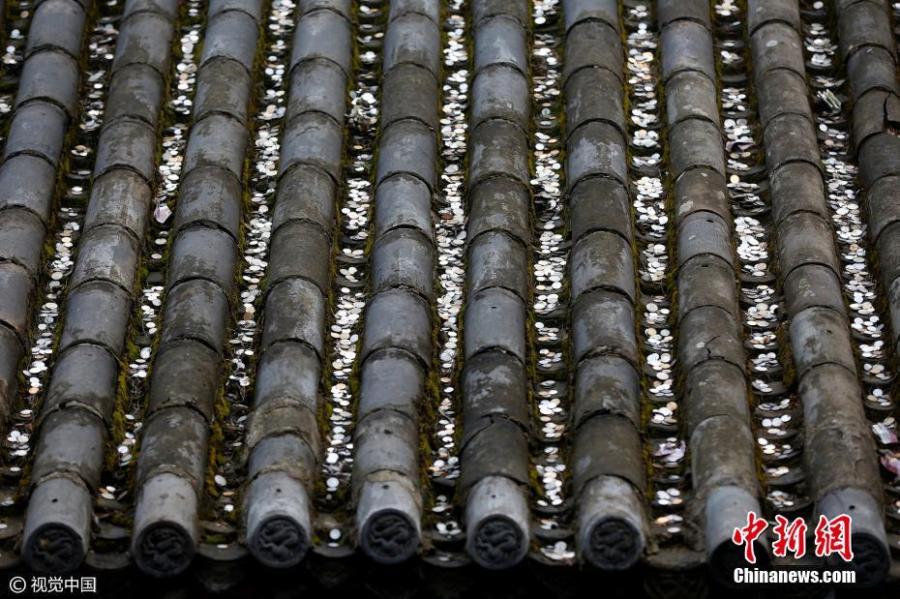 Coins spread on the roof of a building in Baima Temple (White Horse Temple) in Luoyang City, Central China’s Henan Province. Some tourists throw coins onto the roof and believe this can bring good luck to them. White Horse Temple is, according to tradition, the first Buddhist temple in China, established in 68 AD in the Eastern Han dynasty. (Photo/CFP)