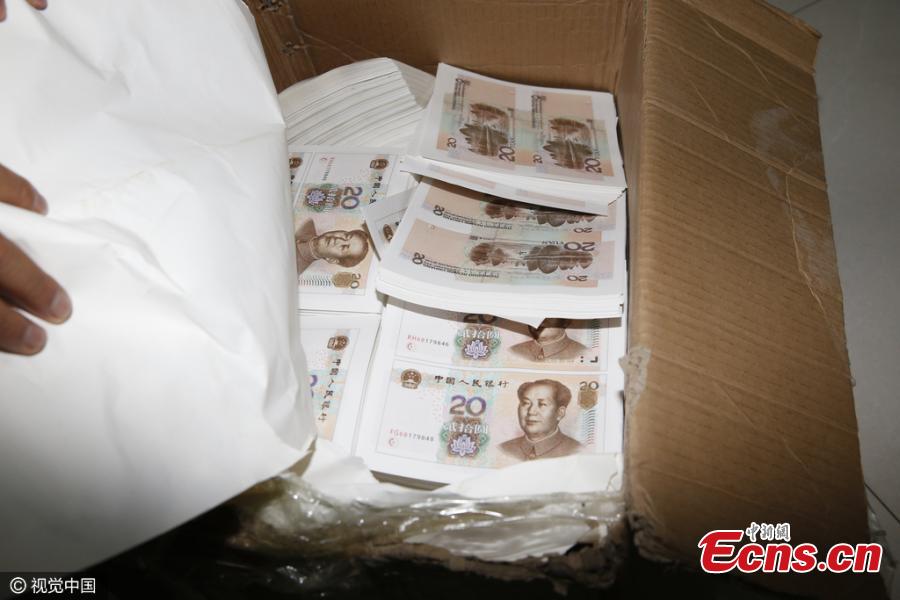 Police in Yantai, East China’s Shandong province have busted a gang of six people involved in the making and selling of counterfeit 20-yuan bank notes totaling more than 10 million yuan ($1.45million). The fake notes were sold on online and circulated in 27 cities in 15 provinces, according to local police on December 8, 2016. (Photo/CFP)