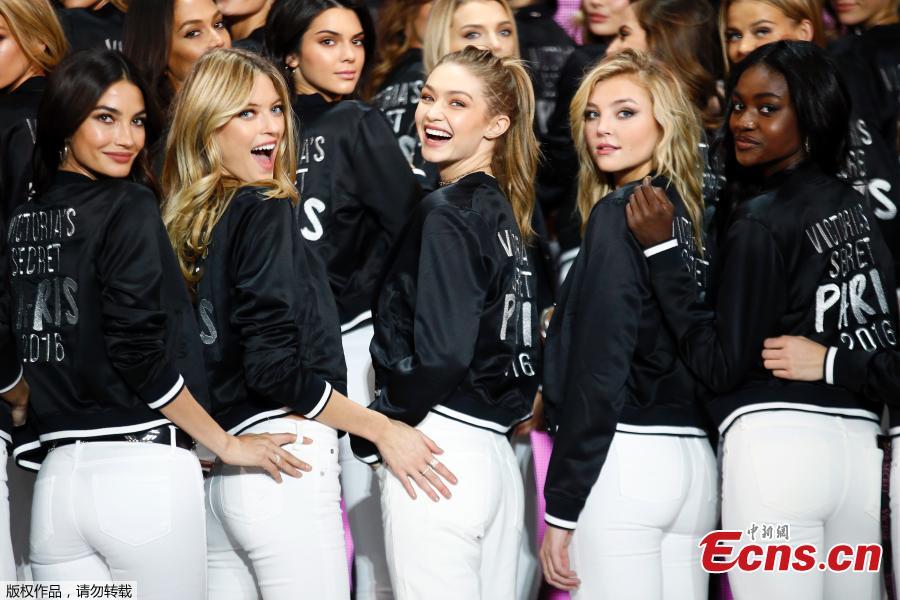 Victoria's Secret Fashion Show models pose for a group photo before the annual celebrity-filled catwalk event inside the Grand Palais, in Paris, on Nov 28, 2016. As the 2016 Victoria's Secret Fashion Show approaches, models have arrived in Paris for the celebrity-filled catwalk. The yearly show is set to film on Nov 30 and air on Dec 5. Chinese models Liu Wen, Xi Mengyao, He Sui and Ju Xiaowen have been selected into this year's fashion show. Let's catch up with the photocall held on Monday.(Photo/Agencies)