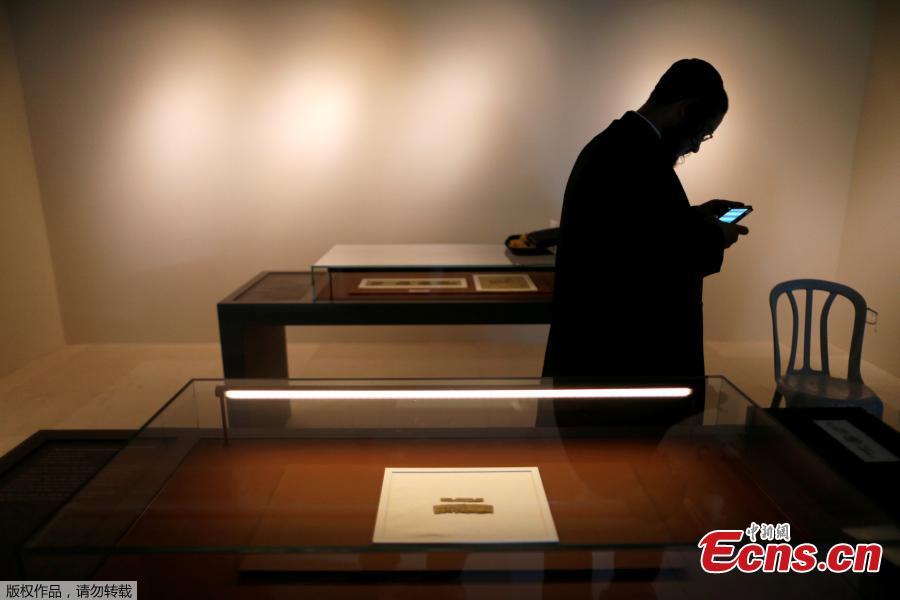 An ultra-Orthodox Jewish man looks at his mobile phone after photographing displayed fragments of a papyrus bearing the word "Jerusalem", which the Israel Antiquities Authority said is written in ancient Hebrew and is the earliest reference to Jerusalem in an extra-biblical document dating back to the time of the First Temple period or 7th century BCE, during an Israel Antiquities Authority news conference in Jerusalem, Oct. 26, 2016. (Photo/Agencies)