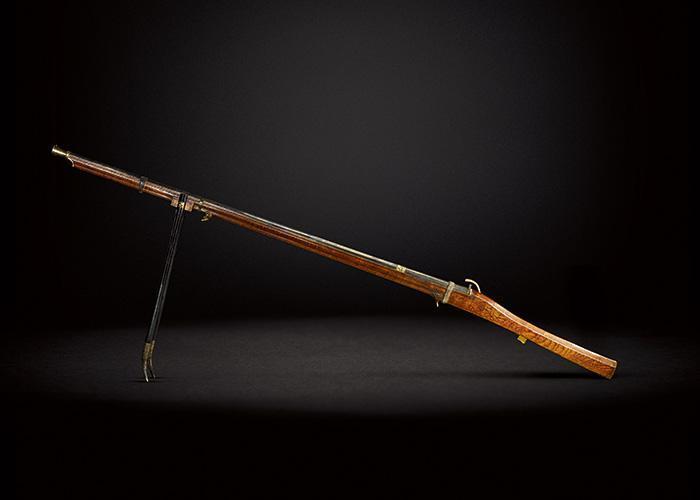 A musket produced for Emperor Qianlong of the Qing Dynasty (1644-1911) is on display before an auction at Sotheby's London. This rare and exquisitely produced musket is the first Chinese firearm with an imperial reign mark to be offered at auction. It is also inscribed with a mark ‘Supreme Grade, Number One’, to assert its status as one of the first and most important firearms produced for the Qianlong Emperor and displayed his power as the ‘Son of Heaven’. The firearm has an estimated value of 1.5 million pounds.(Photo/sothebys.com)