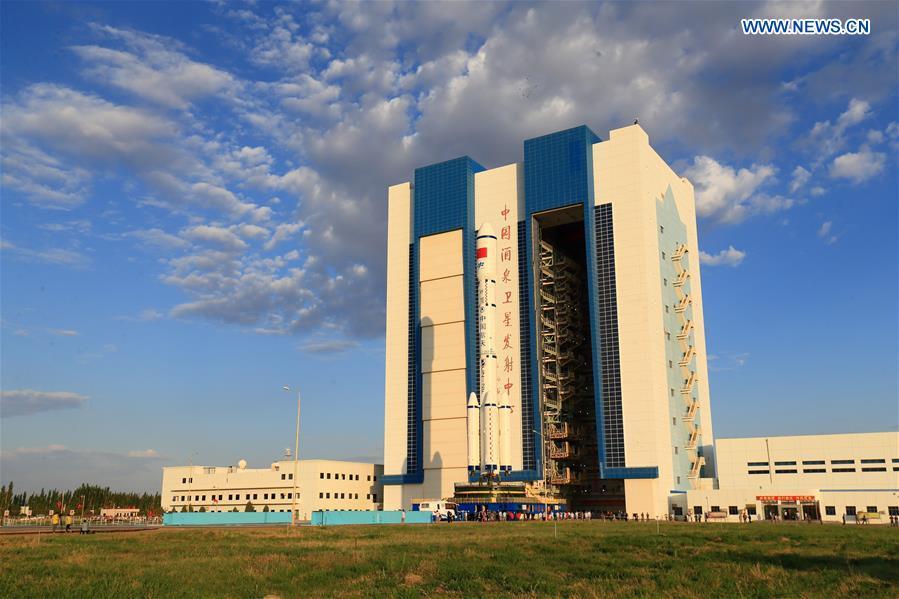 The Tiangong-2 stands with its carrier rocket on the launch pad at Jiuquan Satellite Launch Center in Jiuquan, northwest China's Gansu Province, Sept. 9, 2016. China's second space lab Tiangong-2 is scheduled to be put into space between September 15 and 20, according to the office of China's manned space program. (Photo/Xinhua)