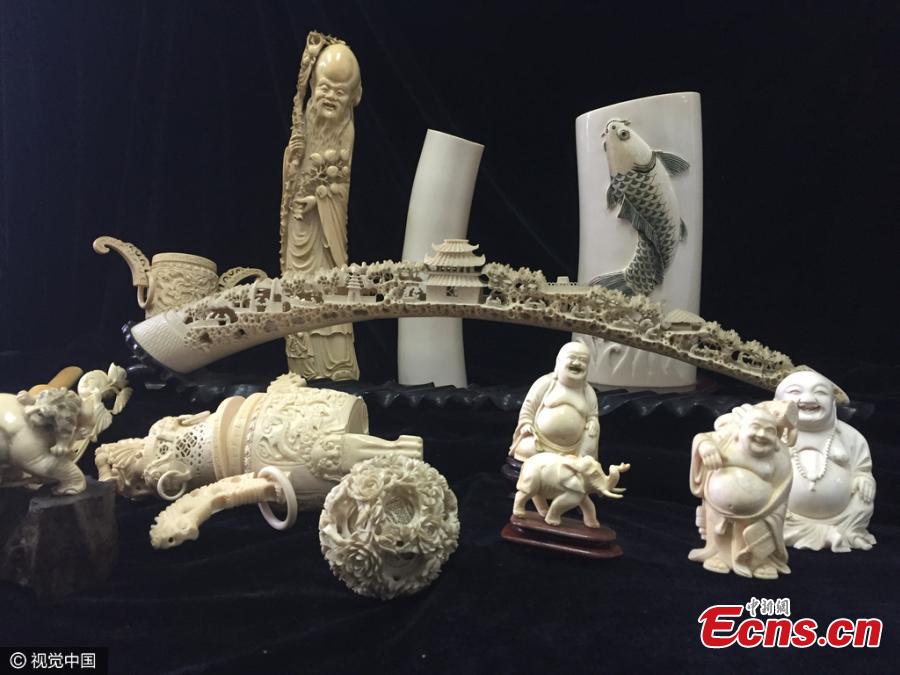 Ivory carvings seized by customs on display in Beijing, Aug. 5, 2016. Customs authorities in Shijiazhuang, Hebei Province and Beijing joined forces to seize 1,639 pieces of ivory weighing a combined 101.4 kilograms in a recent raid on smuggling. Hidden in 15 boxes, the carvings were delivered to Langfang, Hebei Province from Japan under the false customs declaration as handicrafts. It is the largest case against ivory smuggling by customs in recent years. (Photo/CFP)