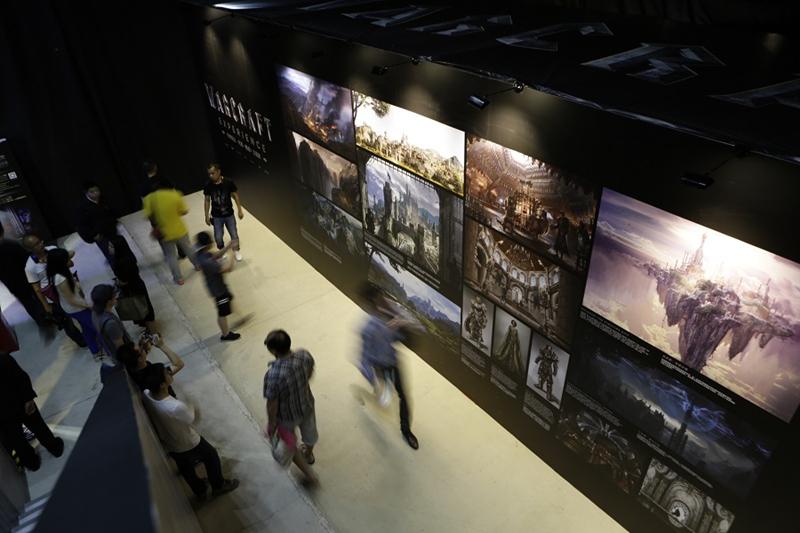 Hundreds of original props and costumes from the upcoming video game adapted action film "Warcraft" are being displayed in Beijing at a large exhibition, attracting thousands of fans for its launch on May 28, 2016. The themed exhibition is divided into two zones of "Alliance" and "Horde," as video game fans wished. The "Warcraft" exhibition also has a virtual reality experience room and a conceptual arts wall for fans to get a glimpse of the film, directed by Duncan Jones and starring Travis Fimmel, Paula Patton, Ben Foster, Dominic Cooper and Daniel Wu. "Warcraft" will be released in China on June 8, 2016. (Photo/China.org.cn)