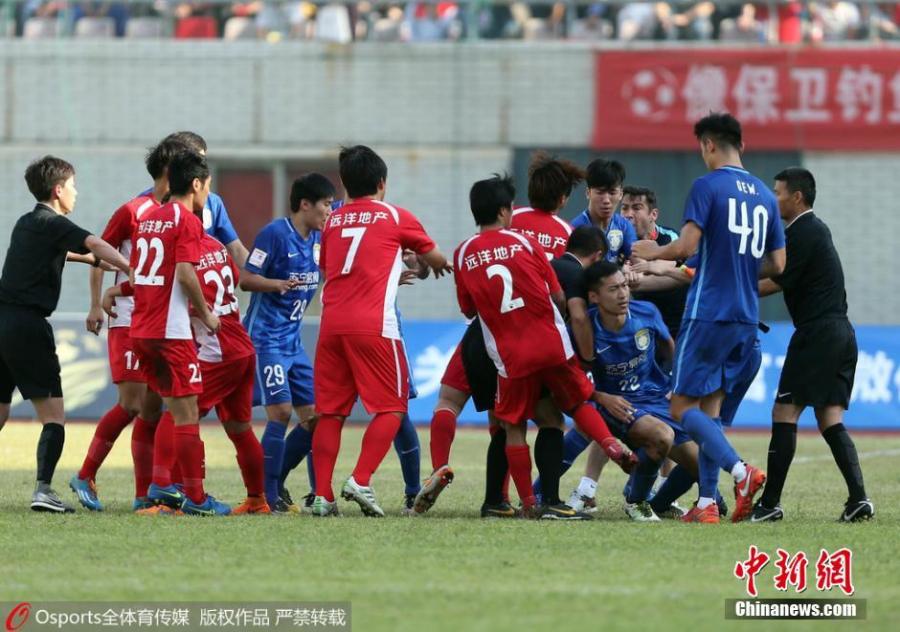 Chinese FA Cup was stunned by a mass brawl on May 11, 2016 when amateur side Wuhan Hongxing lost to Chinese Super League giant Jiangsu Suning 1-0 in the third round. In front of the high-spending Jiangsu, Wuhan almost recorded a magical play with a goalless draw but Ge Wei's header in injury time smashed Wuhan's hope. Both sides were involved in mass brawl since then, which was spread from the pitch to the bench. Jiangsu's Xie Pengfei was hit onto the ground by several Wuhan players. Scorer Ge was injured on his rib with a few scratches. Many other Jiangsu's players also suffered injuries on and off the pitch. (Photo/Osports)