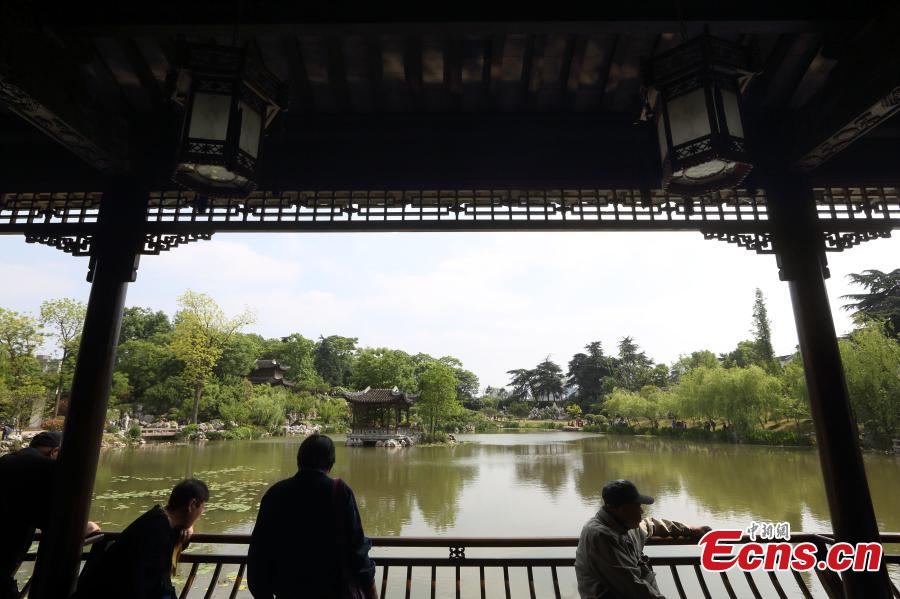 Tourists visit the Hu family's garden, known as Yu Yuan, in Nanjing City, the capital of East China’s Jiangsu Province, May 10, 2016. The garden, built by retired official Hu Enxie in the Qing Dynasty (1644 -1911), is known as a classic private garden decorated with a well laid-out bridge, stream, and pavilion as well as other architectural features of note. Hu named the garden Yu (meaning foolish in Chinese) after a Chinese motto about people that look foolish but are actually wise. The park is now open to the public after years of renovation. (Photo: China News Service/Yang Bo)