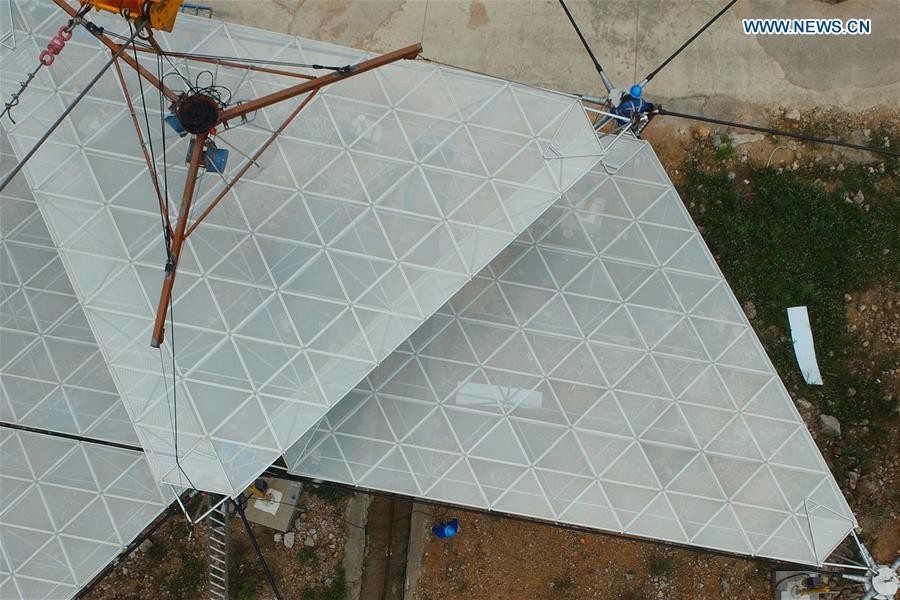 Workers install reflector pannels for the single-aperture spherical telescope "FAST" in Pingtang County, southwest China's Guizhou Province, April 10, 2016. A total of 4,185 reflector panels, an equilateral triangle with a side length of 11 meters each, have been installed on the frame, indicating 94.04 percent of the installation work has been completed. The 500-meter aperture spherical telescope (FAST), to be completed within 2016, is expected to be the world's largest, overtaking Puerto Rico's Arecibo Observatory, which is 300 meters in diameter. (Photo: Xinhua/Ou Dongqu)