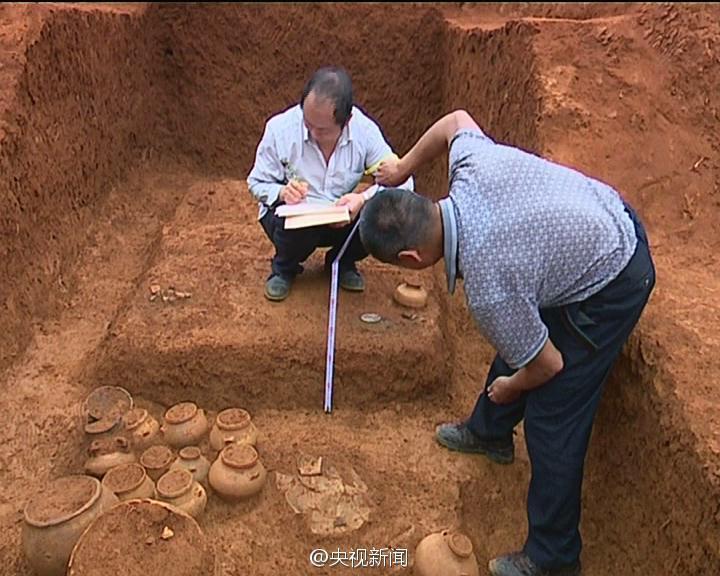 Relics are excavated from an ancient tomb built about 2,000 years ago in Zhongshan County, South China’s Guangxi Zhuang Autonomous Region. A local farmer found the tomb while building a house. Pottery items, bronze coins, and thread-making devices are among the items found at the tomb site. Archaeologists estimate the tomb belongs to a woman of a higher social status and it will give valuable clues to the study of ancient trade routes. (Photo/Weibo of CCTV)