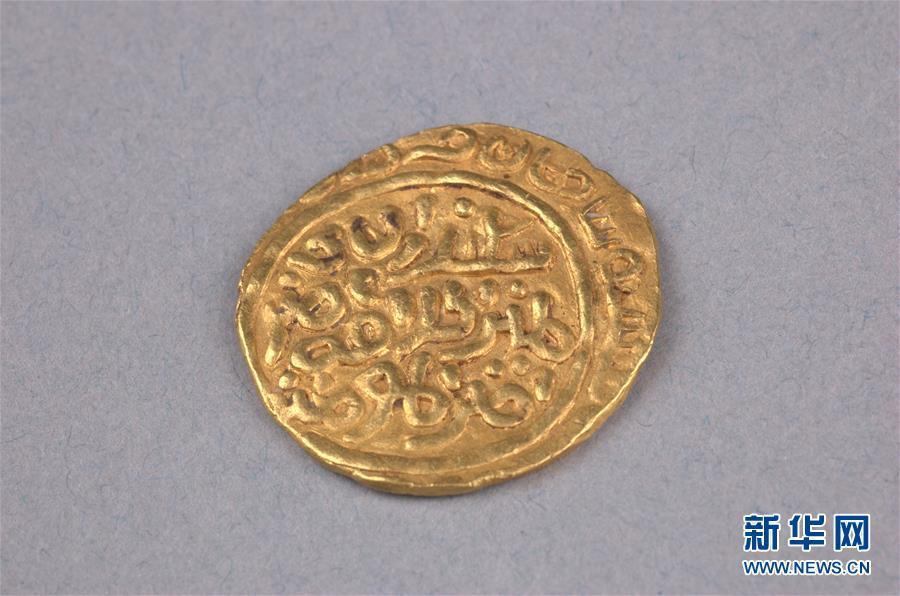 An ancient Indian gold coin is one of a collection on display in Jinshi City, Central China’s Hunan Province. The city’s administration of cultural heritage has pledged to offer 10,000 yuan ($1,530) as a prize to anyone who can help decipher the information printed on the six coins, which have been collected by the local museum. The coins were unearthed in the 1960s and later appraised as being a first-grade national cultural relic in China, but little information on the treasures has been uncovered. (Photo/Xinhua)