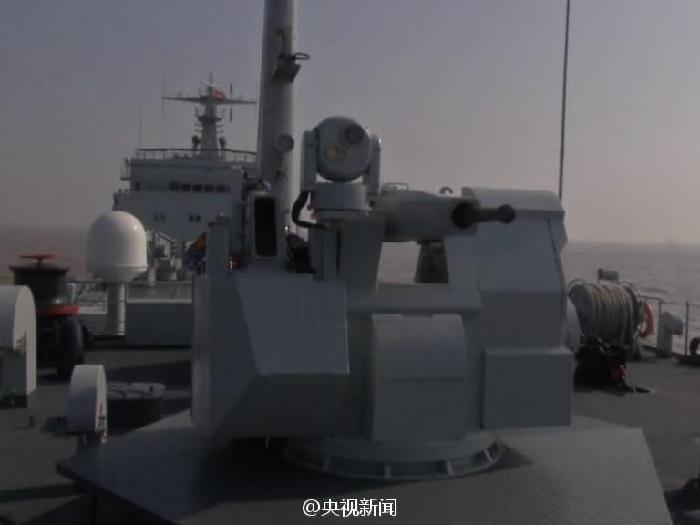 The photo shows the close-in weapon system aboard the tank landing ship Tianmushan. A commissioning, naming and flag-presenting ceremony for the new tank landing ship Tianmushan was held at a naval port of the East China Sea Fleet under the Chinese PLA Navy on January 12, 2016. The ship, with 119.5 meters in length and 16.4 meters in width, has a full-load displacement of 5,008 tons and a maximum speed of 20 knots. And its deck is available for helicopter to take off and land on. (Photo/CCTV News)