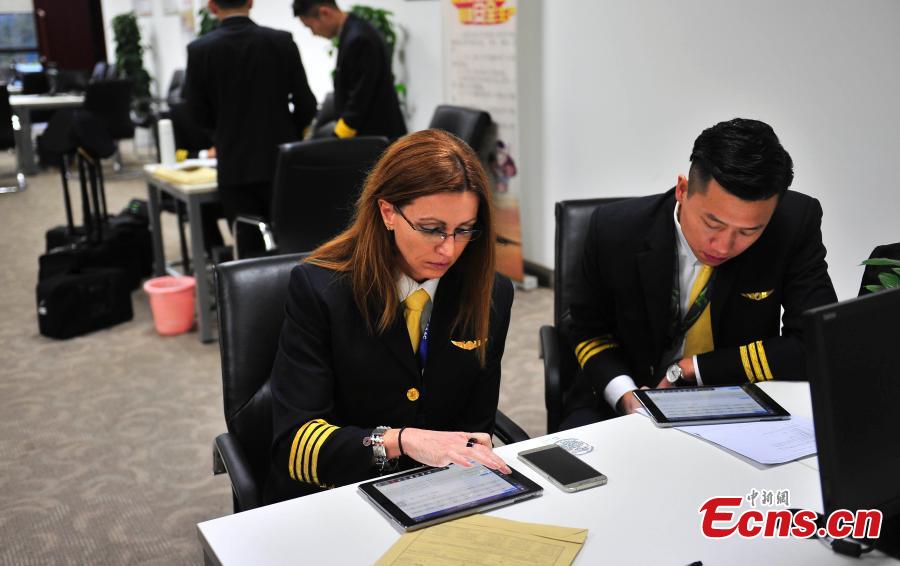 Jin Beili, a 48-year-old American woman, got an offer from a Chinese airline called Xiangpeng Airlines and came to China in August 2015. She said that she thought about working in China when she was 16 years old. She has got a stable job as a captain in China. Jin has the Federal Aviation Administration pilot's license and the pilot's license of China's Civil Aviation Administration. (Photo: China News Service/Liu Ranyang)