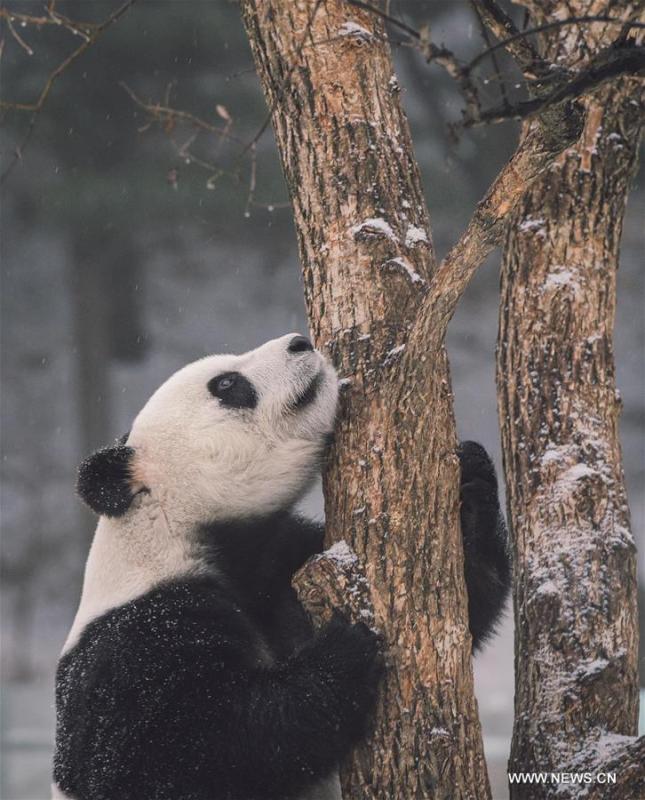 Giant panda Meng Meng tries to climb up a tree at a Siberian tiger breeding base in Changchun, northeast China's Jilin Province, Dec. 9, 2015. Two giant pandas Jia Jia and Meng Meng settled into the breeding base in June 2015 and will stay for three years for both public viewing and scientific research, where there is the farthest north a panda has resided for a long period in China, a region usually avoided due to its cold winters, with the species preferring warmer habitats in southwest China's Sichuan Province. (Photo: Xinhua/Xu Chang)