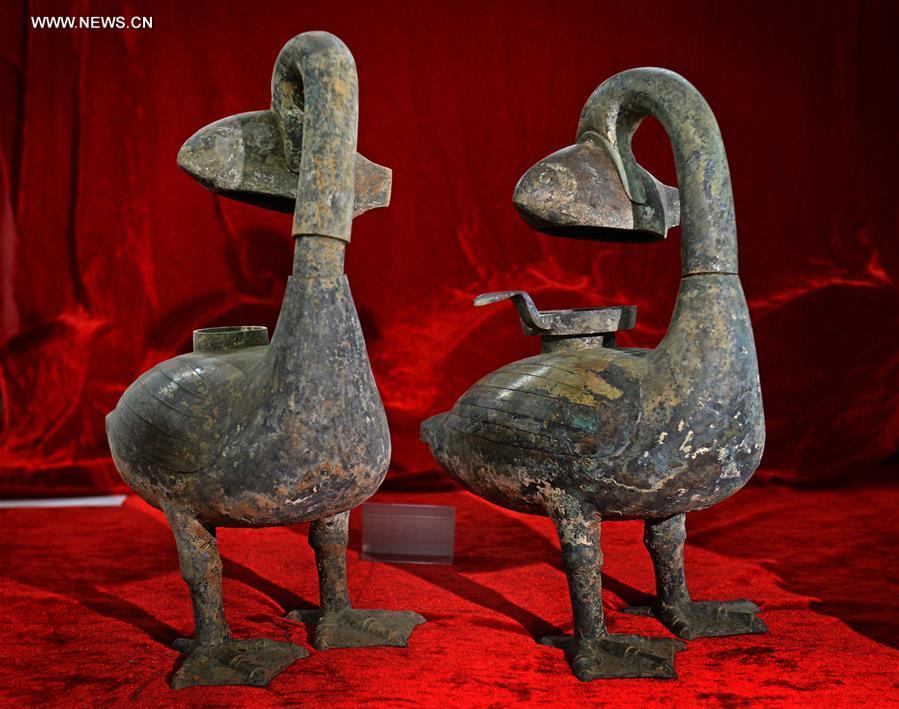 Photo taken on Nov. 6, 2015 shows bronze lamps unearthed from the excavation site of royal tombs of Marquis of Haihun State during the West Han Dynasty (206 B.C.--25 A.D.) in Nanchang, capital of east China's Jiangxi Province. After five-year study on these tombs, the experts considered them as the best-preserved royal tombs of the West Han Dynasty ever discovered in China. They have the most complete structure, the clearest layout as well as the most complete ritual system by far. Over 10,000 cultural relics with high historic value and artistic value have been unearthed. (Photo: Xinhua/Wan Xiang)