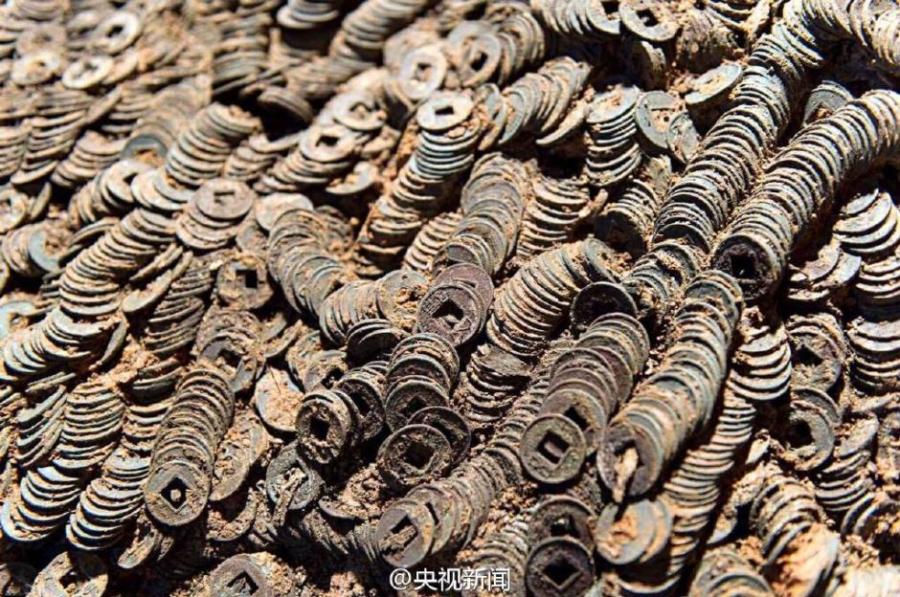 An archaeologist shows ancient coins unearthed at a royal tomb in East China’s Jiangxi province. Archaeologists uncovered a total of two million copper wuzhu coins from the imperial tomb for the Marquis of Haihun State near present-day Nanchang. The coins are estimated to be the equivalent of 10 million yuan ($1,575,000) in the currency of the time, media reported on November 8, 2015. (Photo/Weibo account of CNTV)